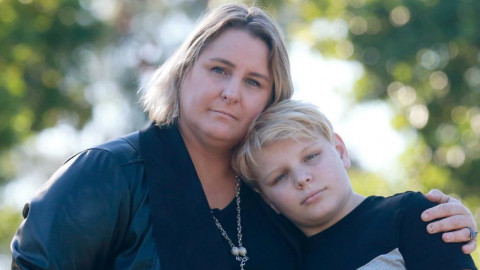 QUEENSLAND students with a disability are still being suspended and excluded from schools in huge numbers, despite a landmark review recommending urgent changes.

Six months after a probe revealed poor outcomes and high suspension rates, parents have spoken to The Sunday Mail about the ongoing reality of life in classrooms for their kids.

They claim the system is still failing children, with schools refusing entry and medical opinions ignored.

One mother, whose 13-year-old son with autism spectrum disorder has now lost 210 school days to suspensions, has been told she’s lucky he hasn’t been excluded for longer.

Another mother is taking legal action after her son, diagnosed with ASD and other disabilities, bounced between different schools where he was allegedly repeatedly attacked and made to sit in an “exit chair” in class.

Such strategies to deal with behaviour were called out by the exhaustive Review of Education for Students With Disability in Queensland State Schools that in February recommended immediate changes.

It found short suspensions, up to 10 days, for students with a disability was growing and hit close to 7500 in 2015 with about another 1500 long suspensions and exclusions given out.

It also follows a controversial call by One Nation leader Pauline Hanson for autistic children to be removed from mainstream schooling and given specialist education.

The latest 2016 data also shows the number of suspensions for Prep kids has doubled in three years but no breakdown is given on how many of those students had a disability.

The Department of Education and Training could not provide any figures for how many students with a disability were suspended for the past 18 months despite now requiring school principals to actively measure it and be judged on how they reduce suspension figures.

She said some schools were turning away students with ASD or making it so difficult to enrol parents gave up.

Then when parents did secure a spot they didn’t feel comfortable making a complaint about a problem, yet that was often the only way to get expert help from the government-funded Autism Hub and Reading Centre.

“Even if they do complain and it’s followed up there is no guarantee the recommendations made by Autism Hub will be followed,” she said.

The Department of Education and Training and ASD advocates said it was going to take time for statewide change in a system that deals with 86 per cent of all students with a disability in Queensland.

As well as all state school principals now being measured on reducing suspension rates, it has set three other targets on lifting A-E grades of students, increasing the proportion receiving high school certificates and cutting the number not attending full-time.

The heads of special education will now be elevated to deputy principal level.

Assistant director-general of the newly formed Disability and Inclusion branch Deb Dunstone said a drop in suspensions and improved results would be seen year-on-year.

“We are only one term in (to the reforms) and a lot of that has been establishing programs ... we’ve progressed work on all 17 recommendations from the review,” she said.

He said the Autism Hub was seeing more principals coming to it for advice about setting up entire school programs, as well as mainstream teachers keen to include all students.

Education Minster Kate Jones said parents of children with a disability had every right to expect full and tailored education.

“We knew this review would find things and we would have to lift our game, but the reform is not going to be airy-fairy, it’s going to be tangible reform and we are going to measure it,” she said.

“I want to be here in five years’ time saying there’s a significant drop-off in student disciplinary absences, and more excitingly more kids moving into higher achievement and university.”

Robbed of chance at education

WITH 210 days of his education lost to suspensions, Annette Densham doesn’t know how her son will ever catch up.

But she refuses to give up on him being included in the state school system.

Qwyn Densham, 13, has ASD and can be very challenging and disruptive but his mother said repeated suspensions without making changes at school or classroom level are pointless.

Within three weeks of starting at Forest Lake State High School this year, Qwyn was suspended for kicking a boy during a handball game.

In the third term he was suspended again after a basketball game incident escalated. He was back at school just two days before it was suggested he stay home again.

“Because he’s missed so much school he’s in the situation where he is floundering but instead of making him feel like a failure why don’t we look at ways to solve the underlying issue,” Ms Densham said.

“I’m not giving up because this is a kid who, if things continue, in five years’ time will leave school without the skills needed and that’s not good enough.”