Mandatory programme named after Oliver McGowan, whose mother led a campaign after his death in 2016

Mandatory training for health and care staff in England to support people with a learning disability and autistic people has been launched following a grieving mother’s four-year campaign.

Paula McGowan’s 18-year-old son, Oliver, who had a mild learning disability and autism, died after doctors “arrogantly” gave him antipsychotic medication despite his family’s warnings that they were unsuitable.

McGowan on Tuesday expressed relief that her years of campaigning had resulted in change and said she took comfort knowing that others would have a better chance of receiving the right care.

McGowan said: “There is more work to be done, but the journey has now started, and I truly believe we are on the right trajectory to achieve better health and care outcomes for neurodivergent people.”

Oliver, a talented athlete, was admitted to Southmead hospital in Bristol in October 2016 after having a seizure that did not subside when his normal medicine was administered. 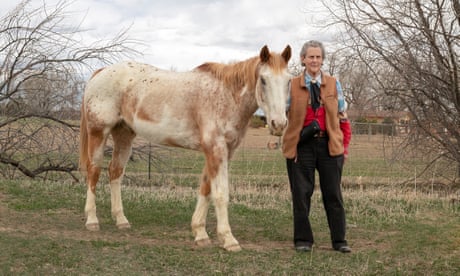 His family and Oliver himself repeatedly told doctors that he should not be given antipsychotic medication because he had reacted badly to it, his inquest was told in 2018. But doctors nevertheless prescribed antipsychotic medication used to treat schizophrenia and bipolar disorder, a move described by his mother in court as arrogant. Oliver became very ill and died the following month.

McGowan said on Tuesday: “When Oliver died, it was obvious that health and care staff had little understanding of his neurodivergent needs. They did not understand the importance of making reasonable adjustments for him; they did not see him as a person first.

“People who have a learning disability die up to 26 years younger than the general population because of their healthcare needs not being met. This is unacceptable, not only for patients and their families but also for the health and care staff who have not been provided the appropriate training.”

The new programme has been named the Oliver McGowan mandatory training on learning disability and autism in memory of the teenager. A two-year trial has been taking place involving more than 8,000 health and care staff.

Believed to be the only training of its kind in the world, it has been developed from the beginning with expertise from people with a learning disability and autistic people as well as their families and carers.

The Oliver McGowan mandatory training is divided into two tiers. Tier one is for staff who need general awareness of the support autistic people or people with a learning disability may need, while tier two is for people who may need to provide care and support.

Both tiers will complete a 90-minute e-learning package, which has gone live. It includes learning from autistic people and people with a learning disability, their carers, family members and subject matter experts. It also features Oliver’s story.

Those completing tier one will then be required to take part in a 60-minute online interactive session, while those finishing tier two will attend a one-day face-to-face training session co-delivered by trainers who have a lived experience with learning disability and autism. These sessions are expected to be available from early next year.

The health secretary, Steve Barclay, said: “What happened to Oliver was a tragedy – this training is a vital next step to address existing health inequalities for autistic people and people with a learning disability, providing them with the right care and support in health and care settings.”

Editorial: the program described here must not be "the only training of its kind in the world", Australia needs to train clinicians and health workers specifically in autism, and in how to provide appropriate and effective services for people with disability generally. It the very least, this should be part of Australia's National Autism Plan.