A letter between a Queensland girl, born with autism, and her mother has gone viral just hours after it was shared to Facebook.

The letter, an exchange between seven-year-old Cadence and mother Angela, was written after Cadence - overwhelmed by negative news stories about children with autism - took shelter beneath her schoolteacher’s desk.

A photograph of the letter was then posted to the I am Cadence Facebook page yesterday, where it has since received more than 340 likes and 640 shares. 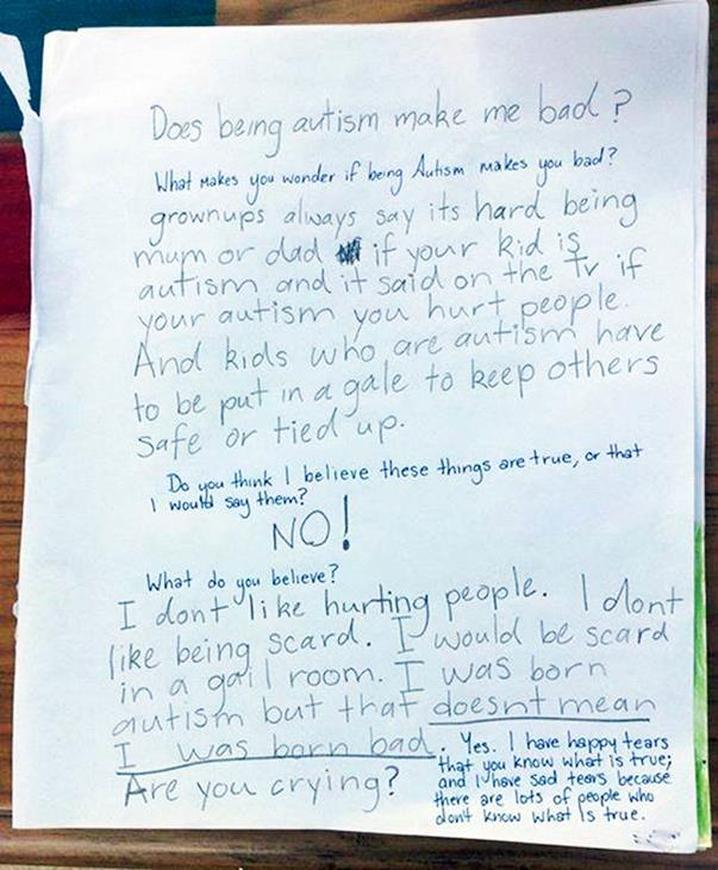 In the letter Cadence asked her mother whether “being autism” made her “bad”, citing instances of autistic children being retrained in order to “keep others safe”.

She then goes on to declare that, “I was born autism but that doesn’t mean I was born bad”, before asking her mother “Are you crying?”

Angela, reduced to tears by her daughter’s words, explains “I have happy tears that you know what is true and I have sad tears because there are lots of people who don’t know what is true”.

In a caption accompanying the photo, Angela asks, “What ‘messages are our autistic children hearing – from ourselves, from other parents, at school, from media and in the general community?”

Facebook users have expressed their admiration for Cadence and the touching exchange.

“It's heart breaking to read but so insightful.”