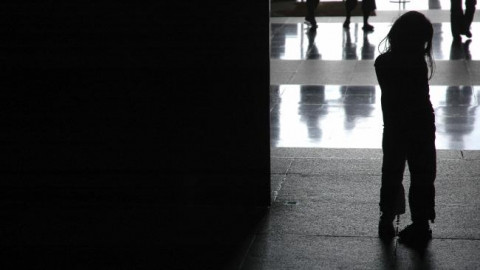 by Rick Morton, The Australian

Autism experts have repeatedly told the managers of the $22 billion national disability insurance scheme they face urgent problems on two fronts that will end up reducing children’s treatment and ramping up the program’s costs by hundreds of millions of dollars.

The landmark scheme, which has been trialled in most states and begins the transition to full rollout this year, was designed to include early-intervention therapy for children under the age of six with developmental delays or children under seven with an ­autism diagnosis.

The agency building the NDIS — and the politicians who legislated it — have never been sure how many children will ultimately gain access to the early therapy and banked on their support packages costing much less than they currently are.

Last year, the agency convened a panel of more than 10 experts from around Australia to provide advice in a series of meetings about what constitutes best practice for autism intervention therapies.

The Australian spoke to three of these academics, who cannot be named because of confidentiality agreements. “It is fair to say they (the agency) were told they needed to be very clear about the eligibility guidelines for these therapies because if they are not, they face a scenario where numbers swiftly get out of their ­control,” one Brisbane-based expert told The Australian. “Yes, they were warned. They made it equally clear that they didn’t want us to talk about diagnosis rates or how the numbers added up, just what we considered to be best practice for these therapies.”

A spokesman for the NDIS said the project involving the academics aimed to summarise current research evidence and best practice in the management of autism for young children and recommend how this could be applied in planning decisions, funding, service provision and support for families.

A report from the academics will be released in weeks but The Australian understands it will recommend the gold-standard treatment for autism be adopted, which is more than 20 hours a week of intensive therapy, costing between $50,000 and $60,000 a year.

The agency had initially figured a benchmark price for this support would be about $16,000, largely because fewer hours were being approved. The difference in price, and the number of eligible children, could lead to a substantial blowout in costs.

The Productivity Commission estimated 80,000 young children within the 460,000 NDIS places would be eligible for early intervention although the NDIS actuary currently says there is no way of knowing what this figure will be.

Autism Awareness Australia chief executive Nicole Rogerson said children in the trial sites, particularly in South Australia, were getting packages at higher costs than the benchmark but lower than the recommended standard.

“I am quite sure they thought it would be cheaper and I am quite sure they underestimated how many kids with autism we are going to have,” she said. “But if this is truly an insurance scheme and we are not playing politics, we need to understand it is nuts to not fund this because many of these kids, with the right intervention, won’t need our support as they grow older.”

Another person familiar with the internal deliberations at the agency described the realisation that the numbers might not add up as “an ‘oh f..k’ moment”.

Ms Rogerson said it was hard to know how things would end up because “we don’t know how many kids with autism there are in Australia”.

It may come too late for the finances of the scheme but the NDIS will be the first comprehensive, national record of people with autism in Australia. The NDIS agency denies there will be any blowout in the numbers for the scheme.

“The budgeted figures of 460,000 people for the NDIS nationally are based on the Productivity Commission’s estimates of the NDIS-eligible population. The Australian Government Actuary verified those figures, and the NDIS actuary has confidence in them,” a spokesman said.