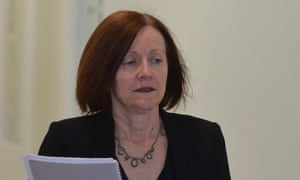 People with cognitive or other disabilities which should make them unfit to plead in a criminal trial are choosing to plead guilty to avoid indefinite detention, an inquiry in Darwin has heard.

The federal Senate inquiry into the indefinite detention of people with cognitive and psychiatric impairment held a public hearing on Tuesday morning.

It heard from two witnesses involved in a pilot program, the Unfit to Plead project, which seeks to improve support services and prevent discrimination based on disability in the justice system. It focuses on those who are accused of a crime and who are at risk of being found unfit to plead. They may face indefinite detention on grounds of protecting themselves or others from harm if they were released.

Piers Gooding, a postdoctoral researcher with the project, said across Australian jurisdictions the laws governing “unfitness to plead” failed to guarantee people the same procedural rights they would have if facing the criminal justice system in a typical way.

Under questioning from Greens senator Rachel Siewert, Gooding said the project found “again and again” people who felt encouraged not to claim they were unfit to plead, because they would be out of jail faster if they served a sentence.

Cases seeking a determination of unfit to plead could take up to a year, but if the accused pleaded guilty they could be out immediately, said Gooding. It was highly likely there would be mitigating factors or time served, and they would be placed on a good behaviour bond, he said.

A support worker with the program, Phillip Carroll, told the inquiry he visited people on remand who would report they had been advised by other inmates to plead guilty.

About 19 people with cognitive impairment are in indefinite detention in the Northern Territory. The inquiry heard the jurisdiction lacked an appropriate place of care or residence for them.

He described the case of a man arrested for an offence which would have carried a maximum six-month jail term, but Carroll said police hoped he would be found unfit to plead and be detained indefinitely, in effect as a way of “getting him off the streets”.

Greg McDonald, a senior lawyer with the NT solicitor-general’s chambers, later told the inquiry he was also aware of people pleading guilty instead of seeking a determination of unfit to plead.

He said there used to be “a real reluctance on the part of defence counsel to take that route” due to the risk of indefinite detention.

But he said in some cases people who were unfit to plead had “a good prospect of being released much earlier than if they had served a full sentence”.

The inquiry also heard from a number of service providers and other witnesses who described a system with inadequate capacity and funding.

Maureen Schaffer, director of Golden Glow Nursing, a for-profit organisation which operates assisted living premises including a secure care facility in Darwin, said there was no specific accommodation for women, a statement later disputed by government representatives.

Senator Malarndirri McCarthy said outside the inquiry it was concerning women might not being catered for, and “obviously more questions need to be asked”.

Schaffer said an offer to the previous NT government to provide further supported accommodation was turned down due to funding constraints.

“The answer to all of this is housing, and housing which is appropriate to all the different levels,” said the NT anti-discrimination commissioner Sally Sievers.

There was a “real dearth” of supported accomodation in the NT, and people stayed in secure facilities much longer than necessary.

A secure care facility in Alice Springs opened in 2013, and primarily caters for forensic patients. However it lacked proper support for residents and was only supposed to be transitional facility, Sievers said.

The issue of indefinitely detaining people with cognitive impairments has been previously highlighted by the case of Roseanne Fulton, a 24-year-old Aboriginal woman who was born with foetal alcohol spectrum disorder (FasD).

In 2014 Fulton was jailed in Western Australia for 18 months without conviction because she was found unfit to stand trial but unable to be released without posing a danger to herself. Since returning to the NT, Fulton has since been in and out of prison multiple times.

Diagnosis of FasD is rare in Australia, but is suspected of being a potential factor in high incarceration rates, particularly among Indigenous people.

In 2014 the Australian Human Rights Commission found the Australian commonwealth breached the human rights of four Aboriginal men with cognitive disabilities who were detained without conviction.

The inquiry continues in the NT on Wednesday, with senators visiting the Alice Springs secure care facility. It is due to report at the end of next month.