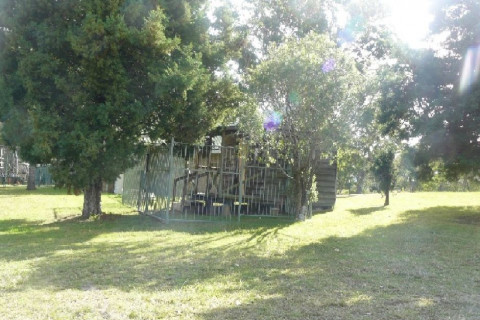 The operator of a private school for children with autism is being sued by a Newcastle family that alleges their autistic son was locked by teachers in a structure akin to a cage.

The family alleges the boy was put in a lockable fenced structure he called a cage at an Aspect-run school in Sydney in 2012.

The family has since relocated to the Hunter Valley and is seeking damages from Aspect in the Newcastle District Court.

The family has alleged negligence, assault and wrongful imprisonment.

The case was mentioned briefly on Thursday and is due to return to court in November.

It comes six weeks after a state parliamentary inquiry into students with a disability held a hearing in Newcastle.

The boy's mother used a submission to outline her concerns, and described conversations she had with her son.

She said her son had said, "I tried to dig my way out but it was too hard.

"Mum, you should have put suction cups on my shoes so I could climb the fence. It was the only way out.

"They locked me up, they dragged me up there. I called out for you Mum to come save me, but you couldn't hear me, could you?"

The school referred to the structure as the "top playground" and denied any wrongdoing.

It has previously said the allegations were fully investigated internally and externally at the time, in line with its policies and procedures.

The school also stressed that no teacher would leave a child with autism unsupervised, no matter the situation, within a school or within a community.

It said in its investigations, none of the allegations were found to be sustained.