Research shows that exclusions can amplify pupils’ psychological distress and encourage behaviour it intends to punish.

Excluding children from school may lead to long-term psychiatric problems and psychological distress, a major new study has shown.

The research by the University of Exeter also finds that poor mental health can lead to school exclusion.

The research, described as the most rigorous analysis of its kind, will be published this week in the journal Psychological Medicine. It warns that exclusion can contribute to a range of mental disorders, such as depression and anxiety as well as behavioural disturbance.

Professor Tamsin Ford, a child and adolescent psychiatrist at the university’s medical school, who led the study team, said that while relatively few pupils were expelled, even temporary exclusions could amplify psychological distress.

“For children who really struggle at school, exclusion can be a relief as it removes them from an unbearable situation with the result that on their return to school they will behave even more badly to escape again. As such, it becomes an entirely counterproductive disciplinary tool as it encourages the very behaviour it intends to punish. By avoiding exclusion and finding other solutions to poor behaviour, schools can help children’s mental health in the future as well as their education.” 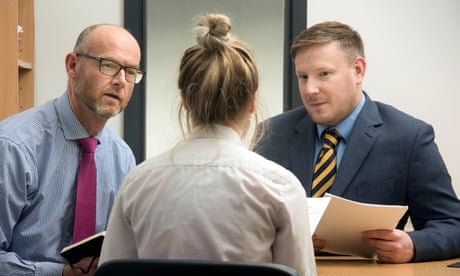 Studies show that exclusion is more common among boys, secondary school pupils and those living in socio-economically deprived circumstances. Poor general health and learning disabilities, as well as having parents with mental illness, may also be factors.

Ford and her team looked at the responses from more than 5,000 children, their parents and teachers, which were taken from the child and adolescent mental health surveys collected by the Office of National Statistics on behalf of the Department of Health.

The responses confirm that children with learning difficulties and mental health problems – such as depression, anxiety, ADHD and autism spectrum conditions – were more likely to be excluded from the classroom.

“Although an exclusion from school may only last for a day or two, the impact and repercussions for the child and parents are much wider,” said Claire Parker, one of the researchers. “Exclusion often marks a turning point during an ongoing difficult time for the child, parent and those trying to support the child in school.”

The report argues that providing support to children with challenging behaviour could help prevent exclusion as well as future psychopathology. It would also benefit teaching staff.