Police have been filmed arresting a young boy while telling him to "shut up" in Victoria.

The video, which was uploaded to Facebook, appears to show at least three officers pinning the 12-year-old boy to the ground at Bendigo Railway Station on Friday.

With his face pressed against the concrete, the boy, who police believed at the time to have autism, is held down by the officers.

"He's got autism so he doesn't understand," one officer can be heard saying.

Victoria Police later told 9NEWS the boy does not have autism and the circumstances of the misperception are unclear. 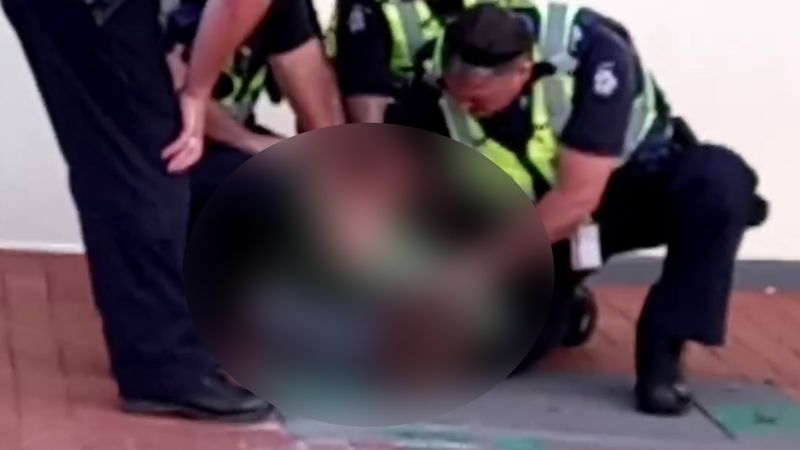 The boy's face was pressed against the ground. (Facebook) 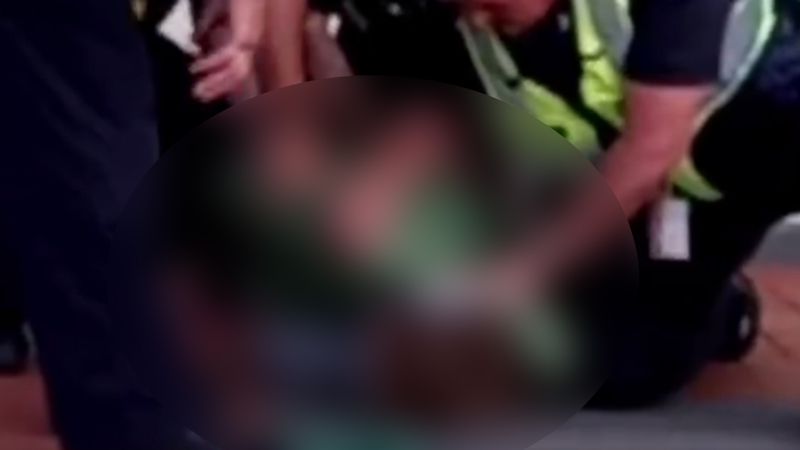 Police believed at the time the boy was autistic. (Facebook)

"You're not going to hurt anyone, ok?" an officer tells the boy.

The officer then tells the boy to "shut up" and that he's already "had his opportunity."

"Let go of me," the child can be heard screaming.

Passers-by can be heard on the video pleading with the officers to free the boy. 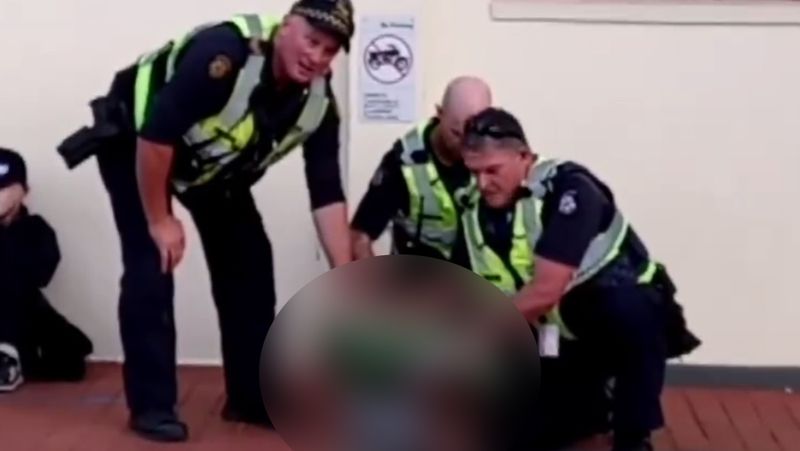 Police have defended their actions during the arrest. (Facebook)

In a statement to 9NEWS, Victoria Police said the officers used “reasonable force” to arrest the boy and that no injuries were reported.

The boy was taken from the scene and is now in the care of his father.

The Bendigo Autistic Advocacy and Support Service said this arrest highlights the "desperate need" for more support and training for all first responders.

"It is imperative that autistic mentors be involved in development and delivery of ongoing training and support," a statement said.

"This is not about autism – the child being autistic is irrelevant.

"This is about a society that also needs support and understanding around human diversity and acceptance of differences."