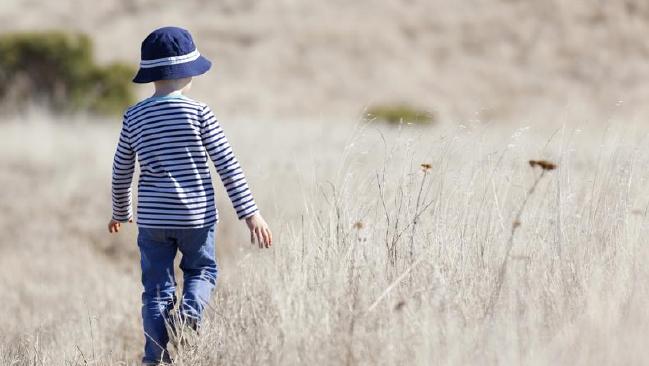 WE all know them — the shy schoolboy who sits alone studying maths while the other kids frolic in the playground, the teen girl who simply will not stop talking despite the obvious signs of boredom from her friends, or the majestically gifted musician who fails to pass a single subject at school.

Chances are that if any of these people sought specialist help because they felt they were struggling to “be like everyone else”, they could be diagnosed with a degree of autism or Asperger’s syndrome.

In everyday life, we glibly throw around phrases about our friends and colleagues — “he’s on the spectrum” or “she’s an Aspie”.

These kitchen-table diagnoses have become part of popular culture.

That concerns me because these labels impose limitations on people and pigeonhole them, enabling them to be excluded and dismissed without good reason.

Australian psychologist Tony Atwood is at the forefront of global efforts to understand autism and Asperger’s syndrome.

An associate professor at Griffith University in Queensland, he has gained a fair bit of media in recent days and will appear on the ABC’s Australian Story on Monday night.

Prof Atwood’s research and theorising is helping to more accurately define what it means to be autistic or to have Asperger’s. His work is critical to a better understanding.

I was so pleased to discover he believes that, while there are aspects of these conditions, especially in severe cases, that can be interpreted as disabilities, many traits displayed by people with autism or Asperger’s are part of a normal variation of people that can and should at times be celebrated.

He says the differences are often advantageous to our society. I reckon he is right.

The likes of Mozart and van Gogh have been said to have exhibited traits that could today be diagnosed. Where would we be without their contribution to culture?

In days gone by, many traits we now attribute to autism or Asperger’s were regarded as part of a person’s personality or as eccentricities.

The British have a great tradition of accepting eccentrics as part of the wonderful variety of people who contribute to our communities.

The scientific analysis of autism spectrum disorders is a double-edged sword because while it delivers useful findings, it can be manipulated to ostracise, ridicule and disadvantage.

The term autism was first used in Germany in the 1930s at a time when the Nazis were killing people with disabilities in the name of eugenics. The Nazis are an extreme example of the way such labelling can be used maliciously. There are other subtler ways.

I often wonder whether popular culture today, despite our society’s progress towards liberty and equality, is becoming increasingly narrow in its definition of what is “normal”.

I wonder whether in the future we may look back at this period in history as a time we were entering a new moral era akin to Victorian days when social protocols and norms were strictly enforced by a ruling elite, with a rigid class system, oppressive taboos and brutal crime and punishment regimes.

The Victorian era, for all its focus on upright mores, was rife with depravity, drug use, child labour and perverse modes of treatment and punishment. Just look at what went on at Port Arthur.

I wonder whether there is a similar dichotomy emerging today.

Social media is blurring the boundaries between work and play and there is a scramble to develop protocols for how we should and should not behave with each other, whether online or in person. The new media enables companies to peer deep into workers’ personal lives. Facebook posts, online comments, emails are fair game. And with that new reach comes a new form of control.

Etiquette and social protocol are favourite subjects of popular culture. We are constantly being told what is right or wrong, beautiful or ugly, appropriate and inappropriate. More and more people are marginalised.

There is a push to legislate and enforce morality and a race to define what is normal at the same time as there is an explosion of freedom being explored thanks to the new media.

The late American composer Frank Zappa took pleasure in exposing taboos, and the double-standards that often accompany them, by writing songs about them.

Zappa said that “without deviation, progress is not possible” and that he “never set out to be weird”, it was just that “other people called me weird”. That’s the way it works.

Some of his songs tested my sensibilities, but I could always turn his music off.

Most of us are as different from one another as we are the same.

I prefer to regard unusual traits as eccentricities rather than pathologies, and I suspect Victorian-style attempts to control actually create and compress any really dangerous pathological behaviour.