One in 59 US children has autism, according to a new report from the US Centers for Disease Control and Prevention.

The new estimate is a prevalence rate of 1.7%, up from one in every 68 children (1.5%) in the 2016 report, which was based on data from 2012. The new figure was derived from 2014 estimates for 8-year-olds diagnosed with an autism spectrum disorder in 11 communities across the nation.
The new estimate represents a 15% increase from two years prior and a 150% increase since 2000.
Autism spectrum disorder, a developmental disability, is characterized by problems with communication and social interaction with accompanying repetitive behavior patterns.
"Parents know their child best," said Daisy Christensen, co-author of the new report and surveillance team lead in the developmental disabilities branch of the CDC's National Center on Birth Defects and Developmental Disabilities. "We want to encourage parents to be aware of their child's development, to be aware of the milestones that children achieve."
By tracking milestones, parents can report any concerns to a health care provider, who will refer the child for a comprehensive development evaluation "so that any delays or impairments can be identified and that child can be connected with services," Christensen said.

The CDC launched the Autism and Developmental Disabilities Monitoring Network in 2000 to collect data that would provide estimates of the prevalence of autism spectrum disorder and other developmental disabilities. The agency laid the groundwork for the network in 1996, when it developed a methodology for estimating autism prevalence using information from children's health and education records, Christensen said. 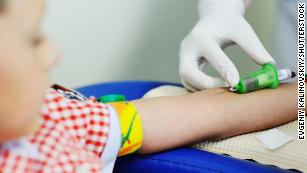 Blood and urine test for autism could enable earlier diagnosis, scientists say
"So since 2000, we've funded between six and 14 sites to use the CDC established methodology to estimate the prevalence and characteristics of autism spectrum disorder in diverse communities throughout the US," she said.
The new estimated rate of autism in the United States is based on data collected from 11 communities in Arizona, Arkansas, Colorado, Georgia, Maryland, Minnesota, Missouri, New Jersey, North Carolina, Tennessee and Wisconsin. It is not nationally representative, Christensen noted.
"There were more than 300,000 children living in these communities -- about 8% of all 8-year old children living in the US," she said. "And these are diverse communities so that we can look at autism prevalence and characteristics in a number of different groups defined by race/ethnicity or by socioeconomic status."
Though estimates of autism varied widely among the 11 communities, five reported similar estimates of up to 1.4%. The New Jersey community estimated the highest prevalence of autism, at 2.9%.
Overall, fewer than half of the children identified with autism had received their first diagnosis by the time they were 4 years old, the new CDC report finds. Concerns about development were noted in the health records of 85% of children with autism by age 3, but only 42% received a developmental evaluation by that age. 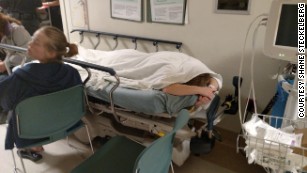 Families of young people with autism struggle with mental health needs
Some of the factors explaining variations across the network include "differences in policies that affect access to services, differences in how children are screened and evaluated and diagnosed in those communities; some sites are almost exclusively in urban areas, where you might expect to have more concentrated and more specialized services for evaluating and serving children with developmental disabilities," Christensen said.

A broader definition of autism

Also, the definition of autism has changed through the decades. "Over the '80s and '90s, the diagnostic criteria expanded to include more children," Christensen said, "so I think that's definitely a possibility for the increase that we've seen."
In the past, more than half of children identified with autism also had intellectual disability, and now it's about a third, she said. "And that's really consistent with identifying children who are perhaps at the milder end of the spectrum."
The new government data can't tell us exactly why the increase has occurred, Christensen said. "One of the main things we note this year is that the difference in prevalence between white and black children and between white and Hispanic children has decreased."
In 2012, for example, the prevalence was about 20% higher in white children than in black children, and now it's about 10% higher; it was 50% higher in white children compared with Hispanic children, and now it is 20% higher.
"We don't have any biological reason to think that autism prevalence would vary by race/ethnicity," Christensen said, so the large gaps from the past suggest that black and Hispanic children were less likely to be identified than white children. They also were not getting the necessary services to develop to their fullest potential. 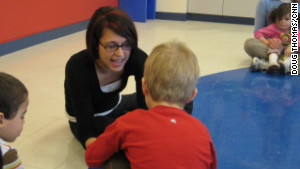 Autism Fast Facts
In New Jersey, Minnesota and Maryland, there was no difference at all between black and white children.
Thomas Frazier, chief science officer for the advocacy organization Autism Speaks, said the new government report is "really important because it's a significant increase. It's a meaningful increase."

The sooner, the better

Frazier agreed that diagnostic changes and increasing awareness have contributed to the increase in autism diagnoses. "For example, people who used to be only diagnosed with mental retardation or an intellectual disability are now also getting an autism diagnosis," he said.
"We're waiting longer to have kids, and older parents are more likely to have a child with autism, and premature babies are living at rates that they didn't use to live at, so those babies are at risk for autism," he said, adding that there are probably other unknown risk factors.
He noted that the male to female ratio decreased in the new report. "It was 4.5 boys for every girl, and now it's 4 boys to every girl. The decrease in those disparity gaps is a good thing," Frazier said. "We have data to suggest that the ratio is probably closer to 2- or 3-to-1 as opposed to 4-to-1."
Ultimately, Frazier believes that more research is needed, "because without that, we aren't going to understand why autism has increased so dramatically over the decades. We've also got to push on services, because look at the numbers." 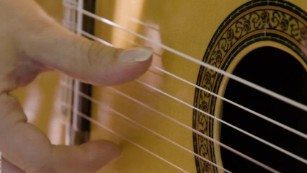 Study casts doubt on music therapy for kids with autism
The necessary services include not only educational but adult transition services, he said: "We need to do more work to get kids identified earlier, we should be identifying kids closer to age 2."
Though rates are going up, in some ways, it is actually "good news," said Dr. Stuart Shapira, associate director for science and chief medical officer in the National Center on Birth Defects and Developmental Disabilities. "Communities are doing a better job of identifying children and connecting them to services.
"The soonest that a child can get into services, the better the outcomes for the child and more likely to achieve their developmental potential," he noted.
Shapira cited the CDC's Learn the Signs. Act Early program, which offers "free resources for parents to monitor their child's developmental milestones." Last year, the CDC also produced the Milestone Tracker mobile app "for smartphones and tablets that parents can use to monitor their child's development in fun and interactive ways."
from https://edition.cnn.com/2018/04/26/health/autism-prevalence-cdc/index.html