Warning: this story is about violent abuse by police of an autistic boy.

A police officer who struck a naked autistic teenage boy multiple times on the NSW Far North Coast used excessive force and could potentially be charged with assault, the NSW police watchdog has found.

In a report presented to parliament this morning, the Law Enforcement Conduct Commission (LECC) suggested the officer could be prosecuted over the January 2018 incident and sacked by the police commissioner.

The commission in March held a hearing to examine whether any of the officers involved in the apprehension, detention and treatment of the 16-year-old boy engaged in criminal conduct or serious misconduct. 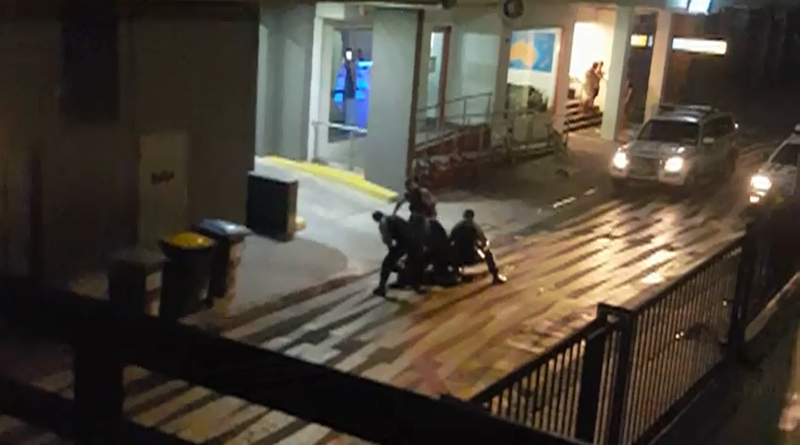 Five officers were investigated over their conduct during the incident. (Supplied) 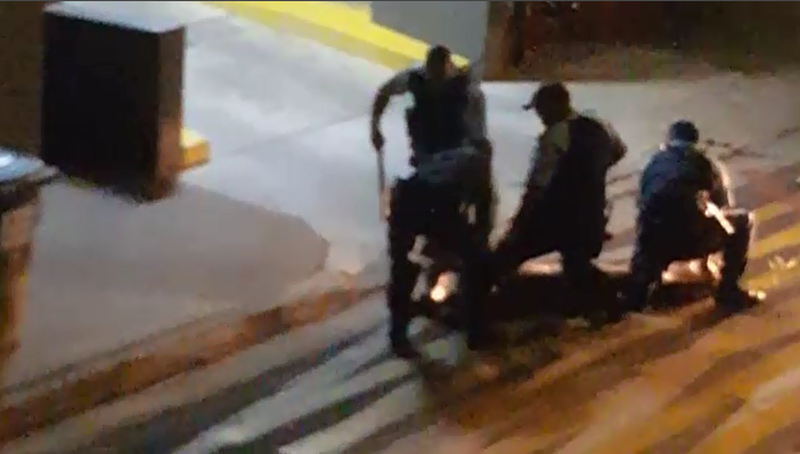 The officer subject to the investigation was found to have mislead the commission with information he originally provided. (Supplied)

Onlookers captured footage of the confronting incident, where five police officers were seen pinning down the naked 16-year-old in a laneway in Byron Bay.

After capsicum spray and a Taser were used, the officer is shown repeatedly striking the boy.

The officer in question is being investigated for his conduct during the incident, where it is understood he struck the victim 18 times.

In response, the arresting officers claimed the teen was violently resisting arrest.

In footage submitted as evidence the teen is shown pleading "I'm not resisting" as police restrain him. 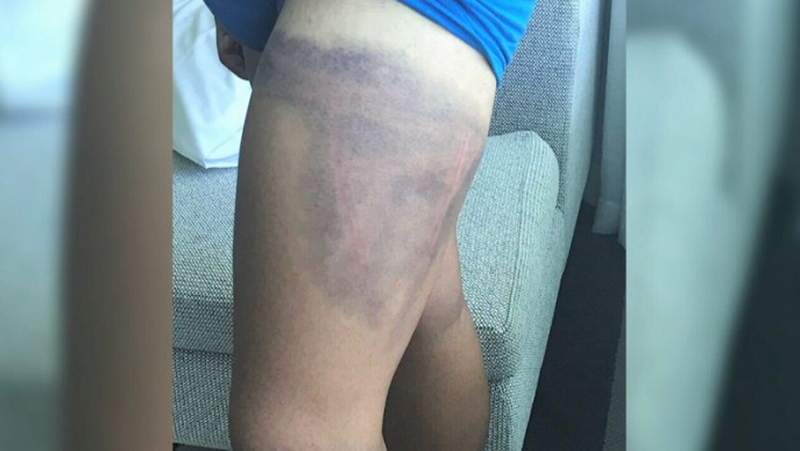 The teen, who cannot be named, suffered extensive cruising from the incident in January 2018. (Supplied)

The hearing determined the officer mislead the commission as to why he thought that amount of force was necessary.

Court papers show he claimed the victim was laying on his hands and wouldn't release them to be handcuffed.

The vision showed throughout most of the incident the teen was already handcuffed and appeared to be compliant.

While a police report stated the teen may have been drug affected at the time, no charges were laid. 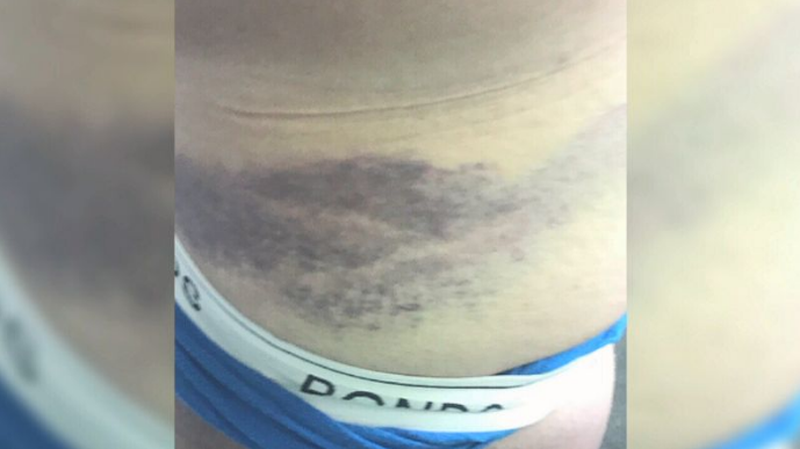 Officers were responding to reports of the naked teen on the street, behaving strangely and possibly drug affected. (9news)

NSW Police received full reports into this matter as well as two other separate investigations concerning allegations of excessive force.

The NSW Police Commissioner and Professional Standards Commander will now consider the recommendations in their internal investigation of each matter.