Children aged up to three years are more at risk of developing autism when exposed to toxic air pollutants, an Australian study shows.

The study of nearly 1500 children in China, aged up to three years, found those exposed to fine particles from some outdoor pollutants were up to 78 per cent more likely to develop autism spectrum disorder.

Vehicle exhausts, road dust and emissions from factories and construction works are among such pollutants.

The Monash University study was conducted over nine years in Shanghai and involved 1444 children, 124 of whom had autism.

Melbourne-based Associate Professor Yuming Guo, who led the research published in Environment International on Tuesday, said the causes of autism are complex and not fully understood.

But he said young brains are more vulnerable to toxic exposure, and studies suggest brain function and the immune system can be affected.

"These effects could explain the strong link we found between exposure to air pollutants and autism spectrum disorder," he said.

"But further research is needed to explore the associations between air pollution and mental health more broadly."

The research looked at three sizes of particles - referred to as PM1 (the smallest variety), PM2.5 and PM10.

Prof Guo said PM1 contributed to an even greater risk of children developing autism, and he hoped the study will prompt countries to develop standards relating to the tiny particle, like those currently in place for some larger particles.

There is no safe level of exposure to air pollutants, which have links to pre-term births, delayed learning and serious health conditions, Prof Guo added.

"All countries should pay attention to reducing air pollution and improving air quality, to increase their life quality and improve their health outcomes."

The new study is understood to be the first to examine the effects of long-term exposure of air pollution on autism during the early years of a child's life in developing countries.

A Study May Have Identified One Of The Causes Of Autism - And Surprise Surprise, It's NOT Vaccines 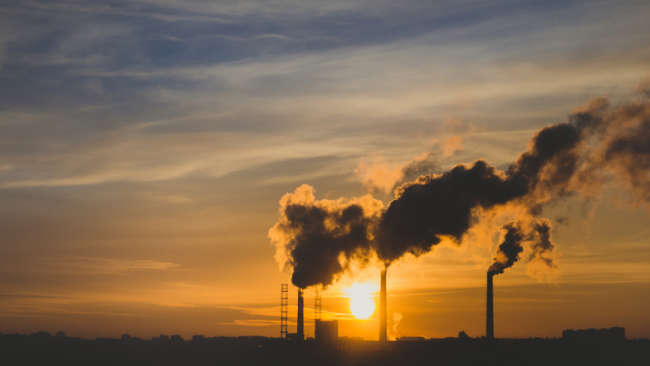 Exposure to air pollution could cause autism and autism-like traits, according to a review examining the long-term effects of pollution exposure on autism spectrum disorder (ASD) during a child’s early life.

Causes of autism are not fully understood and, while genetic factors are believed to account for more than half of those contributing to autism, environmental and other factors are increasingly being recognized as potential causes.

"The developing brains of young children are more vulnerable to toxic exposures in the environment and several studies have suggested this could impact brain function and the immune system," said Yuming Guo, from Monash University's School of Public Health and Preventative Medicine, in a statement. "These effects could explain the strong link we found between exposure to air pollutants and ASD, but further research is needed to explore the associations between air pollution and mental health more broadly."

Publishing their work in Environment International, researchers reviewed multiple studies in humans and animals examining the long-term effects of pollution exposure on ASD in the womb and during a child’s early life looking specifically at the health effects of three types of particulate matter (the fine airborne particles that are byproducts of emissions from factories, construction, and vehicle pollution, among other things). The study incorporated a total of 124 children with ASD and 1,240 healthy children as controls. The team found that exposure to certain types of pollution can increase the risk of developing ASD by up to 78 percent.

One such byproduct called dioxin causes changes – such as malfunctions of the mitochondria, thyroid gland, and nerve cell communication – that can result in autism. Dioxins are a byproduct of certain industrial processes like bleaching paper or making various pesticides and herbicides. Since they poorly degrade, dioxins accumulate in the environment and atmosphere and turn up in living organisms. People are most commonly exposed to them through animal-based foods like dairy or meat. And when a child is exposed to dioxins during their most vulnerable brain development phases, they appear to experience an increased risk of developing ASD or ASD-like traits.

However, the authors note that the presence of other pollutants likely affects the development of ASD, so it is difficult to say whether dioxins directly lead to the condition.

Autism is a growing public health concern as more and more cases are detected each year, though partially because of our ability to more accurately diagnose the condition. In the last 50 years, more than 80,000 new synthetic chemicals have been developed, 3,000 of which are widely used and pose a risk to humans. Understanding how these chemicals impact human health could inform global standard policies meant to reduce harm in the future.