Once considered a male condition, a growing number of women are being diagnosed.

Helen Hoang was 33 when her daughter's preschool teacher suggested the little girl might be on the autism spectrum.

"When she started talking about the symptoms, I thought, 'Oh wow, that's me.'" Hoang, the daughter of workaholic parents, says her family was "too tired to notice or care when I listened to the first 17 seconds of Madonna's 'Papa Don't Preach' on repeat for hours, or avoided the neighbourhood children because I didn't know how to play with them."

But that conversation with her daughter's teacher was something of an "aha" moment—it sent Hoang on a "journey of exploration" that resulted in her own diagnosis on the autism spectrum at the age of 34. "It was such a relief," she says. "When I was told I was autistic, I felt highly validated. It was a relief to know I wasn't alone."

While she was unsure how her family would take the news—"I worried they'd be disappointed or ashamed, or worse, that they'd start to treat me differently"—her fears turned out to be unfounded.

Hoang has just released her debut novel, The Kiss Quotient, a love story between an autistic woman, Stella, and her male sex worker (yes, it's reverse Pretty Woman, and yes, it's very good).

"In many ways, Stella's journey to self-acceptance paralleled mine," she says. "Prior to my diagnosis, I put a great deal of effort into changing myself to fit in, and getting to the point where I could be open about my differences and embrace them was a struggle." 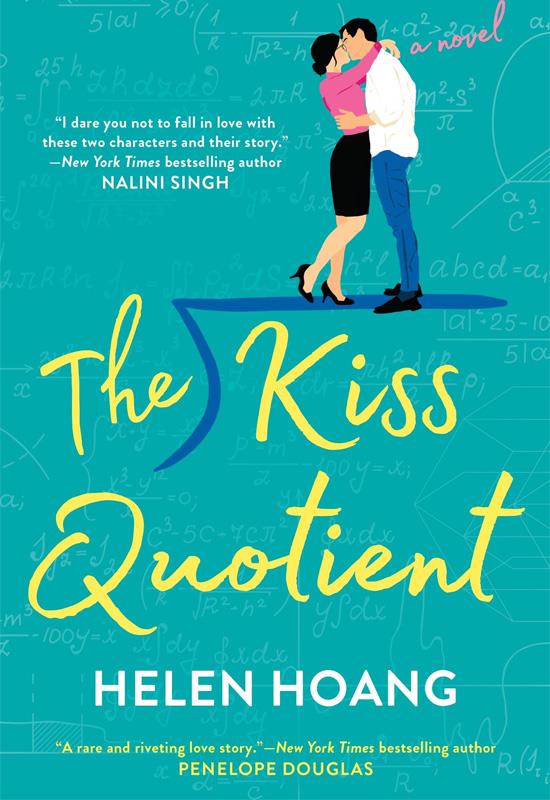 Hoang is part of a growing group of women diagnosed later in life—that is, after childhood and adolescence—with autism spectrum disorder (ASD). Autism has traditionally been thought of as a boy's condition but it's now estimated that 30 per cent of diagnoses are for girls.

A historic wholesale dismissal of female autism, lack of research, and the fact that diagnostic and screening tests are biased towards boys, means girls have been chronically underdiagnosed with ASD. It's only now that women like Hoang are discovering that they've lived on the autism spectrum their entire lives.

Comedian Hannah Gadsby, for instance, received her autism diagnosis in 2016, when she was 38. Previously told she had attention defecit hyperactivity disorder, Gadsby was relieved to discover she was autistic. "I'd always existed as if something was fundamentally wrong with me," she told The Weekend Australian. "Autism gave me a sense of calm and a framework to understand that I'm not broken, the world is."

And while Hoang and Gadsby's diagnosis stories end quite neatly—with an internationally successful debut novel and worldwide fame respectively—not every woman with ASD is so lucky. It's thought that autism affects around one in 150 Australians and, for the most part, our understanding of autism is through a very male lens.

ASD is a developmental condition that affects the way people relate to their environment. When we think of autism, we tend to picture the Rain Man model, even 30 years after the film's release: a brilliant (male) savant with obsessive quirks and fixations, who has trouble communicating.

And while some people with autism might present this way, the reality is that the disorder exists on a spectrum and there's a wide variety of ways in which autism can manifest. Historically, researchers have focused on the ways autism manifests in one segment of the population: males, which is why we have such a limited understanding of what the disorder actually is.

For a long time, autism was literally described as "an extreme male brain". In 1944, pioneering researcher Hans Asperger went so far as to say women or girls weren't affected by autism at all.

It's only now scientists are beginning to understand its breadth. It used to be thought the ratio of men with autism to women with autism was 15:1. New research says it's actually closer to 3:1.