Disability advocates say they will be closely watching an independent assessments trial to ensure it achieves its stated aims of fairer access and planning decisions for National Disability Insurance Scheme participants, rather than reducing access to the scheme.

The free, voluntary pilot will use independent health professionals with experience in disability to undertake functional assessments of people’s capacity.

This comes after analysis by the NDIA showed that access and planning decisions have been inconsistent for participants with autism, intellectual disability, and psychosocial disability.

“Participants and their families have told us they want the NDIS to be more consistent and equitable,” NDIA CEO Robert De Luca said.

The pilot is available to people who have already applied to the NDIS and are awaiting an access decision, and for people already accessing the scheme who are awaiting a plan. 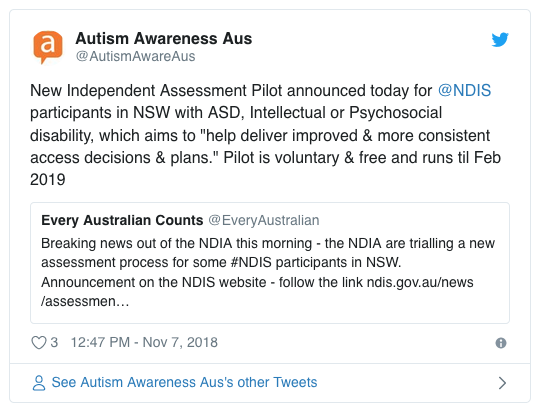 A NDIA spokesperson told Pro Bono News that pilot participants will undertake the same application or planning process as everyone else, except they will additionally receive an independent functional assessment delivered by a qualified professional from The Benevolent Society.

The spokesperson confirmed that the outcome of each assessment will be provided to the NDIA, and depending on the person’s stage in the participant pathway, will contribute towards their planning or access decision.

“People with disability often raise with us the distress that inequity in NDIS planning decisions can cause, and the impact of not getting essential supports,” Sands said.

“We are also pleased to see that the pilot is potentially a move away from using a diagnostic approach to assessment towards a focus on what people with disability actually need to live a good and equal life.”

But Sands said disability advocates would be closely watching the pilot, as they were concerned about the potential of it being used in a way that could reduce people’s access to the NDIS.

“PWDA will be watching closely, and we want to see the [NDIA] being fully transparent about the implications and outcomes of this pilot,” she said. 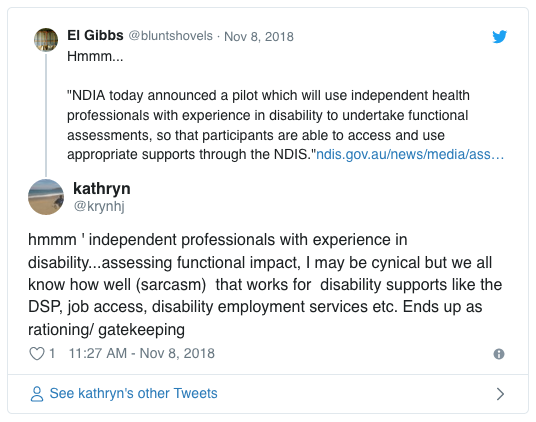 Kathy Isaacs, secretary of the Autistic Self Advocacy Network (ASAN), said although the pilot could potentially improve the consistency of NDIA decisions, it had the drawback of requiring what was essentially a reassessment of functional status.

She expressed fear that this reassessment could become an expected step, extending the time it takes for NDIS decisions to be made.

“Reassessment still depends on the functional impact assessor asking the right questions and guiding the participant to an accurate description of their situation, and this will be affected by their depth of knowledge of both autism (or other disabilities) and the NDIS,” Isaacs told Pro Bono News.

“It also does not take into account the fluctuations of functioning capacity so common in the autistic experience.”

The NDIS pilot will be run in areas of New South Wales for people aged seven years and older from November this year to February 2019.