On Monday, the federal parliament agreed on a motion to support a royal commission into the abuse of disabled people. This is a good thing, but we still need a timeline, terms of reference and a whole lot more detail.

This commission has been a long time coming. The stories we’ve heard over the last few years in the media have been devastating, such as a child with a disability being stripped naked and locked in a closet. We can expect the stories that will be revealed over the course of this royal commission to be similarly hard to hear.

Read more: What you need to know if your child with a disability is starting school soon

Why a royal commission?

Royal commissions deal with systemic and endemic issues. People with a disability need societal support to overcome the barriers their ability presents in a society where able-bodied people are seen as “normal”. This leads to a systemic power structure that allows those who seek out targets to abuse the ability to do so with very little accountability.

Families are unlikely to complain about the services they rely on for everyday life, in case of retribution or the removal of these services. Such issues were also apparent in the the Royal Commission into Institutional Responses to Child Sexual Abuse. This means it’s very likely many incidents go unreported. 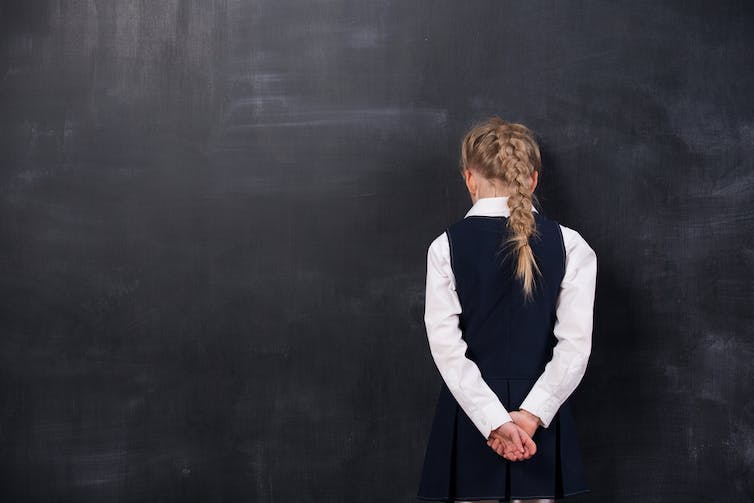 Without this royal commission, we won’t know the full scope of abuse perpetrated against students with disabilities. from www.shutterstock.com

Some 20% of Australians have a disability. A royal commission into the violence, abuse and neglect perpetrated against people with disability has the potential to be huge. The Royal Commission into Institutional Responses to Child Sexual Abuse cost upwards of A$500 million dollars. So the appropriate cost of the proposed royal commission into disability abuse may be well above the A$26 million floated in parliament this week.

Is there really an issue?

Looking at school education alone in the latest ABS statistics, 336,000 students with a disability are enrolled in schools. This does not include thousands of children with a disability who are home schooled, often because of the abuse or discrimination they experience in education settings.

Statistics on how common the abuse of children with a disability in schools is can be hard to find. But in 2018, NSW revealed there were 657 complaints about staff members in one year alone. Some 438 of these complaints were allegations of sexual or physical abuse against staff working in public schools.

Read more: NSW could lead the way in educating students with a disability

In 2017, shocking allegations were revealed through Freedom of Information requests: 246 reports of abuse were made about staff in the NSW Department of Education.

In 2015 reports revealed that a child with autism was being placed in a “blue cage” in a school. And in Victoria a coffin-like box was being used as a form of restraint.

Inquiries in SA, NSW and reports from Queensland reveal widespread denial of enrolment, denial of supports and funding, denial of learning, children being beaten, hit and isolated.

Even if the abuse is reported, children with a disability are too often seen as unreliable witnesses. A disability is wrongly (and offensively) assumed to mean an intellectual disability. It is assumed they simply don’t have the mental capacity.

Education systems often investigate themselves, which presents difficulties with conflict of interest. Most abusers tend to abuse in private, so the findings are either not proven, or a quick confidentiality settlement is made to silence the alleged victims. A royal commission would mean an independent authority would do the investigating.

For this royal commission to work, the terms of reference must be broad. It must include all institutions where people with a disability go about their lives – especially schools where children spend most of their time when not in the family home. 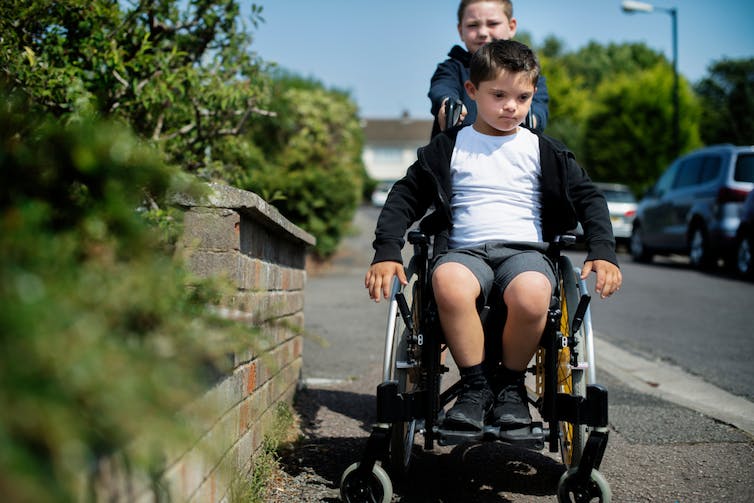 The terms of reference for this royal commission must be broad enough to make sure everyone gets heard. from www.shutterstock.com

It must have power to compel all witnesses, including those at the highest level of state and federal politics, to give evidence.

It must allow those with confidentiality agreements to be able to share their stories without prejudice.

It must be well funded, to allow millions of voices across education, aged care and all institutions and settings to be heard and have access.

It must deal with both historic abuse as well as current systemic, discriminatory and abusive practices. A royal commission can’t change the past, but it can help heal the wounds, shine a light on the present and create a more equal future. This was demonstrated by the royal commission into child sexual abuse.

Read more: Happy birthday, Braille: how writing you can touch is still helping blind people to read and learn

Given how potentially widespread this issue may be, A$500 million dollars and four years as a time-line may be a good starting point for resourcing this royal commission. It needs to be established now, before the election, so it has bipartisan support.

This article has been updated since publication to clarify that the ABS statistics mentioned about how many children with disabilities are enrolled in schools are not just confined to mainstream schools.