Autistic people are at risk of abuse because they are forced to live in unregulated housing that is never inspected by care watchdogs, warn campaigners and MPs.

The family of an autistic man say he was subjected to sexual and psychological abuse while living in supported housing that was not regulated by the Care Quality Commission (CQC), and that other residents were locked in their bedroom by staff.

Abuse of disabled people in hospitals including Whorlton Hall has been highlighted by undercover investigations, but groups such as the National Autistic Society believe there is also risk of hidden abuse in supported housing unless the government makes a substantial investment in care accommodation.

Last month Matt Hancock, the health secretary, announced reviews of the cases of thousands of people with autism and learning disabilities in mental health units, after a CQC report detailing that many had been kept in prolonged isolation, some for years at a time.

About a quarter of patients released from mental health units each month go to live in supported housing, which falls under the remit of the CQC only if it includes personal care – helping someone get dressed or washed. There are no records of how many people are in unregulated accommodation, but a 2016 review estimated that there were about 29,500 housing units for people with mental health issues, of which about 90% are registered social housing.

Heather Wheeler, the minister for housing and homelessness, said: “Helping the most vulnerable people in our society is a priority and supported housing plays an important role in this. Since 2011, we have delivered 34,000 units for disabled, older and other vulnerable people, so that they can live in and be supported within their communities.”

“We are working closely with local government and the sector to deliver quality and value for money for all supported housing.”

Mary has been involved in the care of her older brother, John, who is autistic and has additional learning disabilities, for more than 20 years. Their names have been changed to protect his identity.

Both our parents are dead. If he didn’t have siblings, he’d be one of those falling through the cracks

Mary, sister of an autistic man

Although John appears sociable and articulate, his communication problems mean he can lash out. Mary believes that if she had not been his advocate he might have been institutionalised. “He’d probably be in a secure unit by now, or prison. Or dead,” she said. “Autism is for life –people forget that men in their 50s have autism. Both our parents are dead – if he didn’t have siblings, he would be one of those falling through the cracks.”

John lives in a shared house on the fringes of London with several other men, also in their 50s, who receive care. Mary has moved him three times in the past seven years due to “financial, psychological and sexual abuse”. She said support workers had spent John’s money on themselves, intimidated him and left him unsupervised in public, leading to him suffering sexual abuse in a pub. Another resident was left severely distressed after being locked in his bedroom.

“Some of these supported living environments become mini-institutions without the monitoring, so it’s actually worse,” she said.

John’s accommodation is not regulated by the CQC. Mary says the police did not believe John would make a reliable witness in court, so did not press charges over the sexual abuse allegations. The social worker who officially commissions John’s care does not have the resources to mount an investigation. “There’s absolutely nowhere to go,” Mary said. 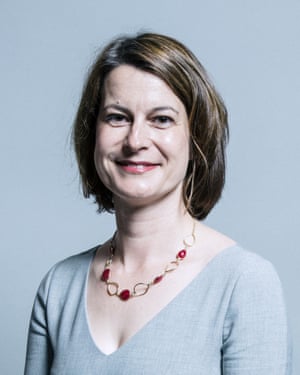 Labour MP Helen Hayes points to ‘a total inconsistency in the level of protection’ for adults with learning difficulties. Photograph: Chris McAndrew/UK Parliament

Mary turned to her MP, Labour’s Helen Hayes, who raised the case in parliament. The MP, who co-chaired a Commons inquiry into supported housing in 2017, believes it’s likely there are other people like John who have nowhere to go for redress. “When Panorama exposed those serious failings [at Whorlton Hall], at least the CQC were in there. What’s happening to [John], there’s no inspector who’s ever going to go into that house because it’s not in their remit to do so.”

Every month, about 50 autistic people who are ready to leave mental health units are forced to stay because there is nowhere suitable for them to live. “There is a desperate shortage of supported accommodation in community settings,” Hayes said. “But there is also this regulatory gap, where if the accommodation is supported housing rather than care home provision, it isn’t currently regulated by the CQC. There’s a total inconsistency in the level of protection.”

However, Imelda Redmond, the national director of Healthwatch, the health and social care watchdog, said regulationmight not be the solution, pointing out that the CQC had inspected Whorlton Hall several times.

“Quality services depend on how they are commissioned and whether there is enough funding to make sure the person gets the right type of service that is really tailored around their needs,” she said. “There has to be greater investment in social care. We need to make sure commissioners in local government and the NHS are using their money well to get the right services for people.”

Tim Nicholls, policy director at the National Autistic Society, said: “Without oversight it is possible that people would be at greater risk of abuse. There’s also a role for the commissioner to be really involved.”

He said the fundamental issue was a shortage of care provision. “For people who are stuck in in-patient mental health hospitals, perhaps who should never have gone in in the first place if the right care had been put in place, there isn’t sufficient funding or services available to meet their needs in the community. That has to change.”