Gabriella Rogers A new gut-based approach is being trialled in Australia in the hope of overcoming some of the challenges of autism spectrum disorder (ASD).

ASD is a group of neurodevelopmental conditions which is often characterised by difficulties in social interaction, communication and repetitive behaviours.

Males are four times more likely than females to have the condition.

There's mounting research pointing to the role of gut bacteria and its ecosystem in affecting behaviour.

"We're learning more as a medical community that these diseases may actually have an origin or perhaps a contributing factor via the gut so we're extremely excited by this approach," David Donabedian, Axial Biotherapeutics CEO, said.

The trial therapy called AB-2004 is a powder that is eaten with soft food. 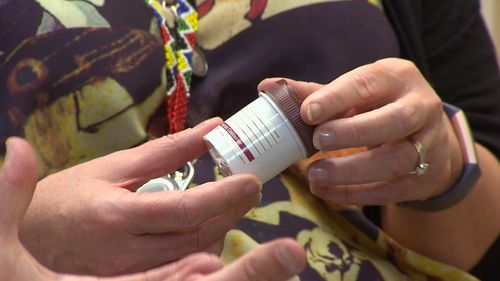 The powder binds to specific bacteria-producing metabolites in the gut, soaking them up like a sponge so instead of reaching the brain they're removed through the stool. (9News)

It binds to specific bacteria-producing metabolites in the gut, soaking them up like a sponge so instead of reaching the brain they're removed through the stool.

Up to 25 male teenagers are being recruited in the trials in Sydney, Brisbane and New Zealand.

The trials are aimed at assessing safety and effectiveness as part of the process to gather more evidence.

"We believe it is quite safe based on what we've seen in our preclinical studies but also this molecule has been tested outside of autism so there is a wealth of safety data in subjects outside of autism," Dr Donabedian said.

Queensland Children's Hospital and the Brain and Mind Centre in Sydney are two of the trial centres.

"Really the best evidence is around behavioural therapies at this point of time and one or two medications to help manage behaviour but it's not great evidence and I really believe that we have to keep an open mind to think about alternatives to ameliorate the impact of autism on a child and family's life," she said. 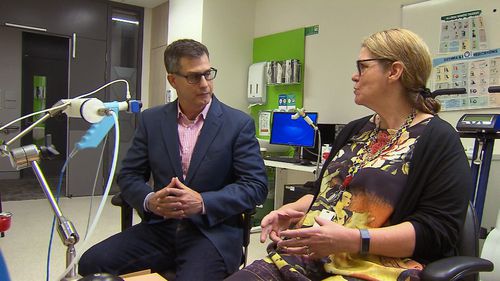 Experts say about 30 per cent of children and adults on the autism spectrum have significant gut issues.

"There are a lot of people all over the world, working in this area at the moment and I think that it may well be promising for the subgroup of people with autism that certainly have gastrointestinal issues" Dr Heussler said.

The launch of the trial follows revelations that core features of autism could be replicated in mice after they received faecal transplants from affected humans.

The findings were recently published in the journal Cell and one of the authors Professor Sarkis Mazmanian is a co-founder of Axial Biotherapeutics. 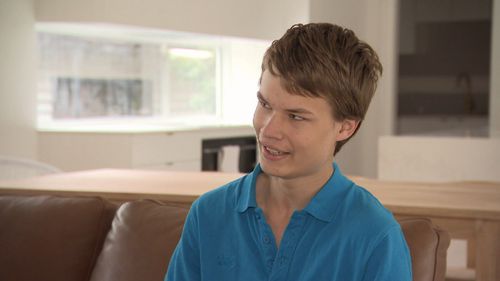 Teenager Jack McNicol is being screened for the new trial. (9News)

Professor Andrew Whitehouse, head of the Autism Research Team at the Telethon Kids Institute, said the study is very interesting and well conducted.

"My concern is when we try to say that findings in mice have direct relevance to humans. There is a long way up the evolutionary tree from mice to humans and very few therapeutic findings for autism that have thought to be identified in mice have ever translated to humans. For this reason I see this study as an interesting first step, but nothing more," he said.

He said the causes of autism are not fully understood.

"While autism involves a large genetic component, there are dozens, perhaps hundreds, of different biological pathways that may lead children's brains to develop differently," he said.

But Axial Biotherapeutics CEO is more convincing of the role bacteria-producing metabolites in the gut play.

"We definitely believe they're implicated in helping to drive a lot of symptoms, both the core and uncore symptoms of autism and we've demonstrated this at Axial," Dr Donabedian said.

More information on the trial can be found here: https://www.geomap-clinicaltrialfinder.com/autism/