Half a million school students have a disability or learning ­difficulty, according to confidential data that exposes a surge in the number of children needing extra help in class.

Nearly one in five students in government schools is classified as disabled — yet only 13.6 per cent are getting assistance and just 6.2 per cent attract additional funding. The increase has been driven by a surge in cases of autism­ and fetal alcohol syndrome, combined with a broader definition of disability to include learning disorders such as dyslexia, plus life-threatening allergies and even diabetes.

A national audit ordered by federal, state and territory education ministers has revealed that 19.4 per cent of students nat­ionally have a disability or learning difficulty — ranging from 25.3 per cent in Queensland to 17 per cent in Victoria and Western Australia, 18.6 per cent in NSW and 21 per cent in South Australia.

Teachers warned yesterday that classes were being disrupted due to the growing number of stud­ents needing extra attention.

“The teachers I speak to are more than happy to have children with disabilities in the mainstream classes but they must be supported,’’ she said.

“Teachers are now teaching a range of kids they weren’t originally trained to teach.’’

Australian Education Union president Correna Haythorpe said 84 per cent of principals were siphoning money from general budgets to spend on children with disabilities. “Children who have a high level of need, if their school does not have the resources, can be a disruption in the classroom,’’ Ms Haythorpe said yesterday.

“That is an astonishing figure that clearly indicates the need for the federal government to implem­ent a disability loading for the children who are missing out on much-needed resources in their schools.’’

Nationally, one in 50 students requires “extensive’’ assistance in class, meaning they need special equipment, psychologists, health therapists or attention from a teacher every one to three minutes. Another 3.4 per cent — or one student in a typical classroom — need “substantial assistance’’, including allied health therapists or psychologists, or help going to the toilet. A further 8.3 per cent — or two students in every class — require supplementary assistance, meaning they have a healthcare plan to treat life-threatening allergies or asthma, need extra time to finish their work or are given less work in class.

One in 20 children has a mild disability or learning disorder that is dealt with through “quality differentiated teaching practice’’ – meaning they might sit at the front of the class or require an EpiPen if they eat nuts or gluten.

The Weekend Australian has obtained the confidential data, prepared for a scheduled meeting of education ministers that was cancelled yesterday.

The collection of nationally consistent data, compiled by 27 per cent of schools, has dragged on for three years. The 2015 data was meant to be the basis for a ­national funding model to start this year. Students are identified as disabled based on “teacher judgments’’, medical reports and discussions with parents.

Children with “socio-emotional’’ problems — such as attention deficit hyperactivity disorder or Asperger syndrome — as well as those with speech difficulties or epilepsy can be counted as disabled.

“We’re receiving more reports of restraint and seclusion and that reflects a system that is not adequately meeting the needs of students with disability,’’ Ms Gotlib said.

Children with disabilities are guaranteed access to the same quality of education as mainstream students, but the closure of many “special schools’’ has put mainstream schools under pressure as they try to absorb high-need children without extra or specialist teaching staff.

Federal Education Minister Simon Birmingham said federal funding for students with disability had grown by $100 million every year since 2014, to $1.3 billion this year and $1.4bn next year. He said some state and territory ministers, as well as non-government school authorities, had “expressed concerns’’ about the quality of the latest data, which would be “thoroughly scrutinised’’.

Senator Birmingham said the federal government had forced universities to start training all student teachers to “engage and teach’’ students with a disability.

South Australian Education Minister Susan Close said spending on students with disability had risen by 41 per cent since 2010, and the department employed one school support officer for every 2.3 teachers. Queensland’s Kate Jones called on the federal government to boost funding for disabled and other disadvantaged students. She accused the Northern Territory, which is chairing the ministerial council this year, of cancelling yesterday’s video hook-up to spare Senator Birmingham any scrutiny over funding before the federal election.

A Victorian Education Department spokesman said the state government spent $659m a year to support the 4 per cent of students — about 24,000 in total — with moderate to high levels of need. A NSW Education Department spokesman said it would spend $102m this year supporting more than 6900 students with disability in regular classes, plus $454m for 21,000 students in special schools or specialist classes.

A report emerged in 2016 reporting on the National Minimum Data Set (NMDS) - see link below. It starts out saying "2 | 2016 data on students in Australian schools receiving adjustments for disabilityIn 2016, 18.1% of students received an adjustment to participate in education because of disability." 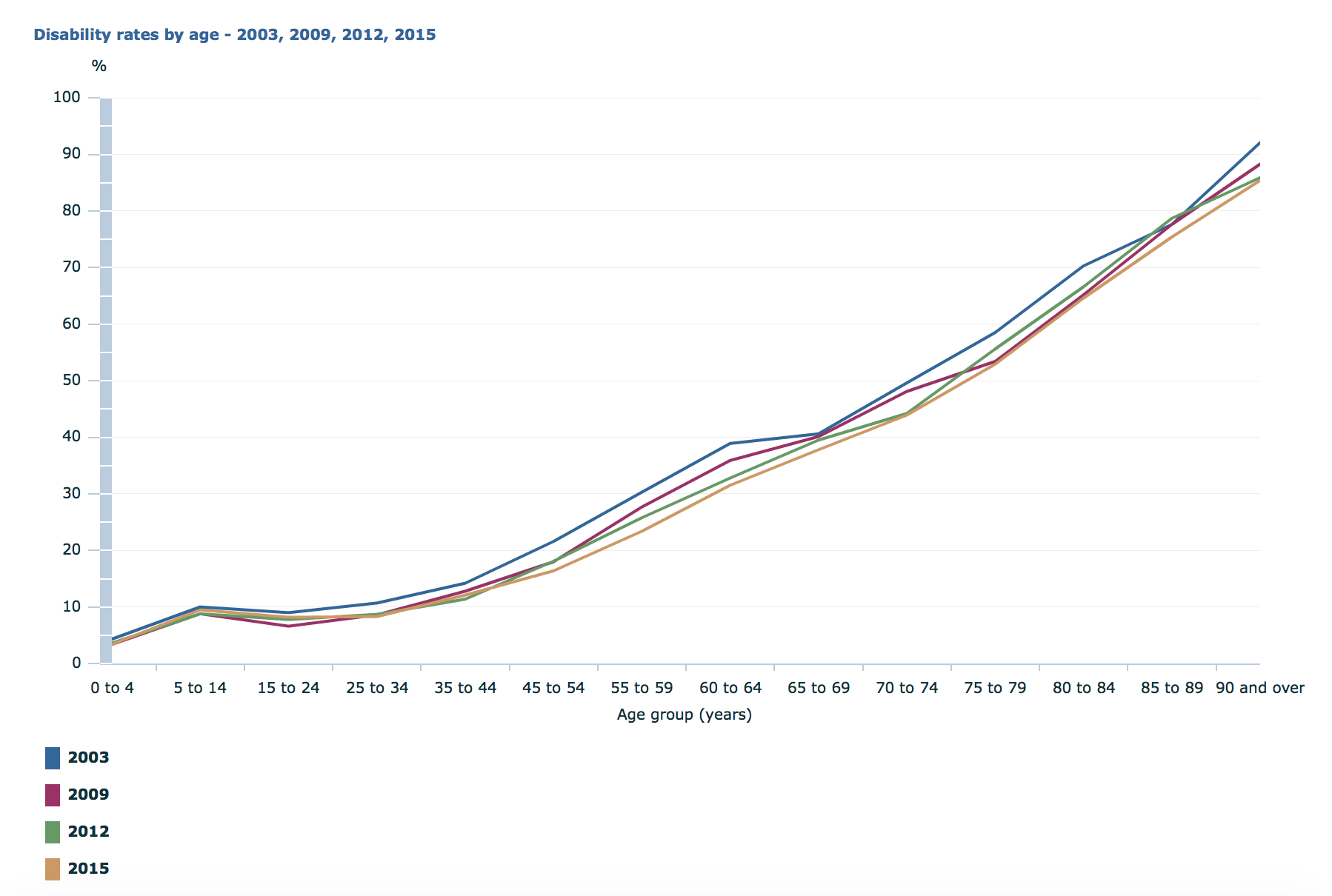