Demeaning, degrading and disgusting is how a Kalgoorlie-Boulder mother has described her recent experience with Centrelink.

Despite a lifetime with a diagnosed disability, Jo Russell said she had to parade her daughter “like a monkey” during a disability support application.

Megan Russell was diagnosed with autism and an intellectual disability when she was two years old, which has left her in the full-time care of her mother

Megan recently celebrated her 16th birthday — an age which recognises her as an adult and opens the door for a Disability Support Pension through Centrelink services.

Mrs Russell said despite a letter from a paediatrician and a history of carers’ payments, she was forced to “prove” her daughter’s disability in person.

“I had to parade my daughter like a monkey to prove she does indeed have a disability,” she said.

“She has complex needs and a lack of verbal communication skills, but it wasn’t good enough — I had to take her in.” Megan’s severe sensory dysfunction make trips to an unfamiliar office difficult, and in the past have caused her to lash out physically and emotionally.

Mrs Russell contacted the service centre to find an alternative solution but was advised because of Megan’s non-verbal nature and inability to sign a form, a trip downtown was the only way forward. 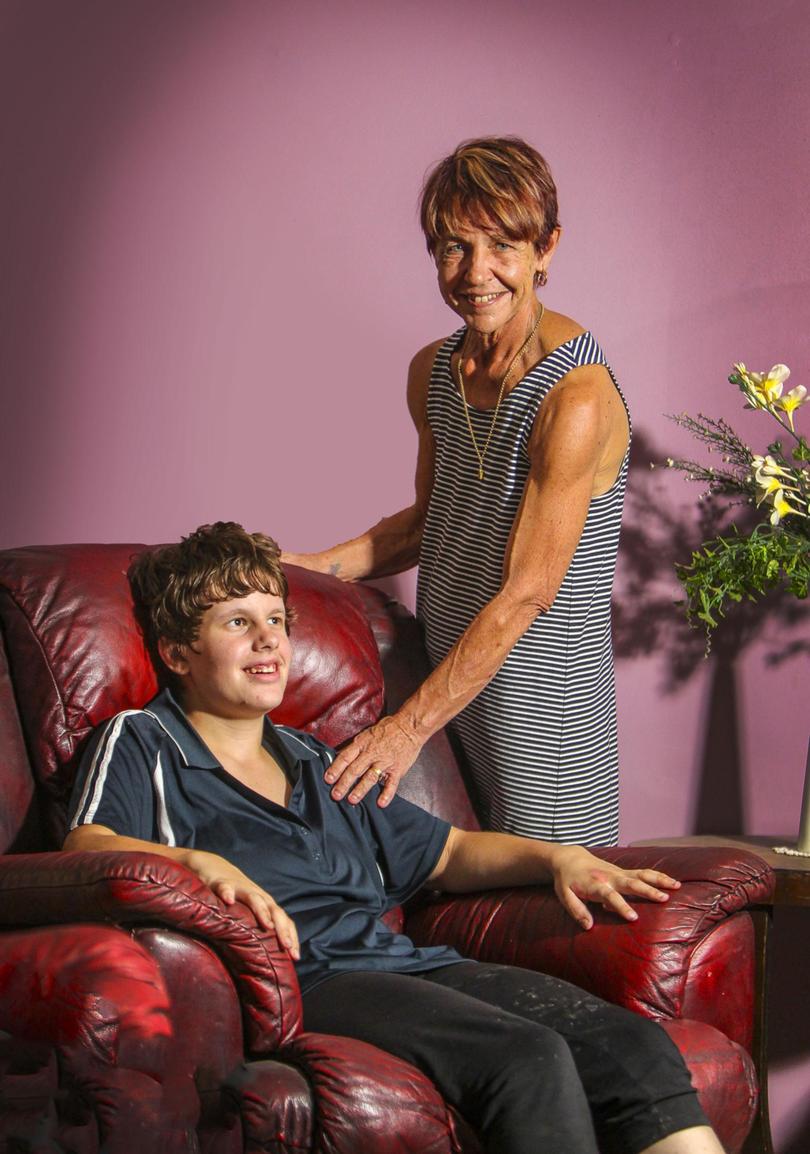 She said the system was designed by “people in suits” unaware of real life in the disability sector, and it was time for change.

“I think legislation needs to recognise that people don’t lose their disability overnight,” she said.

“We had to prove her disability for the carers’ allowance 14 years ago, and then re-prove the fact because she is turning 16.

“To relive the worst day of your life and retell your story over and over again is demeaning and pointless.

“Where is the dignity afforded for people with disabilities?”

“Where a customer is unable to attend a service centre, we can arrange other options tailored to their specific circumstances,” he said.

“The important thing is that people talk to us about their situation, and we encourage people to do this so we can work out the best option to help them.”

Mrs Russell said a home visit or communication of previously approved paperwork would be a welcome change.

“For God’s sake it’s the 21st century — it is about time we moved forward in our concept of caring for people with disabilities who are vulnerable,” she said.

“They’re not asking for a hand-out. They did not ask to be born or diagnosed that way — it is just a fact of life.”

The former nurse and mother of three said the ongoing process had been exhausting and was far from over.

Services Australia advised Mrs Russell yesterday a reapplication for her carers’ allowance would also be required.