Disability campaigners say they are “deeply disturbed” by figures suggesting NDIS providers used unauthorised restraints such as strapping down or sedating people with disabilities more than 65,000 times in an 18-month period.

The NDIS Quality and Safeguards Commission, which received the reports, is now under pressure to explain why it has only taken action against a handful of providers despite the rampant use of such practices, as well as thousands of reports of physical abuse, neglect and sexual assault.

It comes as renewed focus is placed on the scheme as South Australian police and an independent inquiry investigate the shocking death of Adelaide woman Ann Marie Smith last month.

A breakdown of the figures – provided to Greens senator Jordon Steele-John through the Senate Estimates process – reveals the $30m-a-year watchdog has been notified by providers of 73,846 “reportable incidents” over 18 months.

That included 66,999 reports of unauthorised restrictive practice, which refers to the use of practices such as seclusion, “chemical restraint” or sedation, and physical restraints such as strapping down people with disabilities.

The figures cover July 2018 to December 2019 and do not include Western Australia where the commission is not yet operating.

In its response to Steele-John, the commission said the reports received by the commission did not “correlate with the number of actual instances of harm to a person with disability”.

“The reports received by the NDIS Commission can include multiple reports on the same matter, allegations, and avoidance of harm,” the commission said.

It has also explained that many providers are required to notify the commission every time such practices are employed without permission from state or federal authorities or without a behavioural support is place.

But Steele-John, who lives with cerebral palsy, said the behaviour support plans needed to be in place or “those restrictive practices need to stop”.

“These are folks that are either being given serious medication or subjected to quite significant restrictions on their movement without a justified plan,” he said.

Pointing to the fact the commission had taken only action against 17 individuals and seven providers over the same 18-month period, Steele-John said “74,000 reports should result in more than 24 compliance or enforcement actions”.

“I raise these concerns with a heavy heart as somebody who has spent much of their life now campaigning for a stronger quality and safeguards framework,” he told Guardian Australia.

“The level of disconnect between what the data reveals and the action that the commission has taken raises serious questions about whether the commission is performing its job to the extent it is needed by the community.” 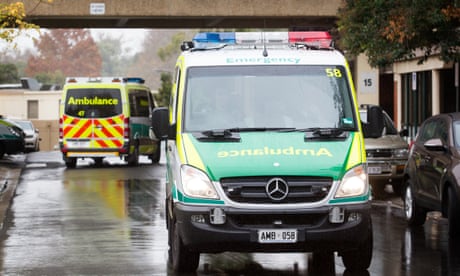 Labor’s NDIS spokesman Bill Shorten, who had been campaigning for an independent inquiry into Smith’s death, also criticised the commission on Tuesday over a lack of action.

“It tells me that I actually think the watchdog has teeth in its mouth, but I’m not sure that it’s biting anything,” he said.

Campaigners also warned that the regulatory process should not rely on individuals making complaints, given more than 70,000 serious incidents were reported, but the commission only received 4,960 reports from the public.

El Gibbs, a spokeswoman for People With Disability Australia, said she was “deeply disturbed and upset” by the figures.

“The NDIS Quality and Safeguards Commission needs more resources to be proactively investigating and penalising those organisations where violence and abuse of people with disability is occurring,” she said.

“It is the responsibility of the NDIS provider to manage the incident effectively,” the spokesperson said.

“The NDIS Commission monitors the management of incidents by providers to determine whether they comply with their registration obligations.

“The numbers of unauthorised uses of a restrictive practice reflect the various authorisation arrangements that exist across the country.”

The spokesperson said providers were required to report every “use of an unauthorised use of a restrictive practice, including routine uses of chemical, environmental and mechanical restraint”.

“This can result in multiple notifications of the same unauthorised restrictive practice for the same participant.”

The disability royal commission on Tuesday announced it would also examine the effects of such restraints, which the commonwealth and state governments have said they are committed to eliminating.