What's the NDIA Been Hiding?

Before we get into the details, I want to take a moment to acknowledge that we have perhaps all underestimated (pun intended) Senate Estimates. For those who are unfamiliar, they are an opportunity for senators from different parties to question senior public servants about the activities and expenditure of their departments. They don’t sound like they should be interesting, do they? But we were all wrong. Very, very wrong.

FAST PATHWAYS AND THE IMPENDING CRASH

Remember mid-2019, when none of us knew what a coronavirus was, and the NDIS Minister Stuart Robert was leaning pretty heavily on the Agency to do something about those damn waiting times? At the start of this year, the NDIA was only completing 40%–45% of internal reviews within 60 days, and there was a backlog of over 9,000 reviews. Fast forward to the present day, where over 90% of reviews are completed within 60 days. Not an insignificant achievement. It was made possible in part because they hired a bunch of extra staff. But, as we learnt in Senate Estimates, that’s not all they did…

Senator Carol Brown questioned NDIA staff about a document titled ‘Fast Pathways Exception List’, which (thank you, Senator!) is now in the public record. Basically, it appears that the Agency had implemented a fast pathway to speed up internal review decisions. We don’t know much about the fast pathway except that it was designed to decrease the backlog of plan reviews and they had a pretty interesting methodology for doing so! The document presented to the senate included a list of supports that were not eligible for fast tracking. They included:

NDIA General Manager Scott McNaughton pointed out that the document and fast pathways program are no longer in effect. Nevertheless, for people who are very familiar with the NDIS planning process, it is still pretty gratifying to see a black-and-white list of exactly which supports the NDIA were more likely to fight over. Even if the document is gone, we can imagine that their thinking has probably not changed much on this point. Moreover, we do not know whether other similar lists exist within the Agency for other decision-making processes.

But the most damning part of the document is the little line at the top which says that if any of these supports are part of a request, the Agency delegate must ‘complete a review as per s34.’ S34 refers to the reasonable and necessary criteria in the NDIS Act that every funded support must meet. Senator Brown argued that this implies supports not on this list weren’t reviewed against s34. The Agency denied this, saying that this was just a way of separating simpler and complex cases. However, we still don’t know what type of examination ‘simpler’ cases were subject to.

Some of you might be thinking, if they were ignoring s34 for the sake of speeding things up and easily approving more supports, is this really a problem? Certainly, triaging internal review requests is not unreasonable, but triaging on the basis of support type arguably disadvantages people with complex or more intensive support needs. If a request takes longer or is more rigorously examined because a person requires more than 10 hours a day of support, that seems pretty unfair. Participants who submit internal reviews are already likely to have higher support needs than those who don’t. The average plan size for participants was $71K, whereas for plans that went to review, it was $92K. Do we really want to be asking people with higher support needs to wait longer for the support they need?

INDEPENDENT ASSESSMENTS AND THE EVALUATION THAT WASN’T

The other tense moment in the Estimates was – no surprise – about Independent Assessments (IAs). The NDIA was grilled on their evaluation of the first IA pilot. The 512 participants who were part of the pilot were asked to complete a survey about their experiences. Crucially, this was the only part of the evaluation process that sought the feedback of the participants and their representatives. However, only 145 participants actually completed the survey.

This is quite a dramatic reform to make on the basis of 145 pieces of feedback. It certainly undermines the Agency’s argument that we shouldn’t worry too much about IAs because 91% of the pilot participants were happy with the process. You have to wonder what the 367 people who did not complete the survey thought about the whole thing.

It is also worth noting that the assessments done as part of the pilot were not meant to inform funding for their plan. So really, people were just indicating their satisfaction with the assessment itself, which could simply be a matter of how nice the assessor was. We do not have any indication of satisfaction after a funding decision has been made, which could obviously change things considerably.

Senator Jordan Steele-John pressed the Agency and government representative about what percentage of participant dissatisfaction in the second trial would cause them to halt the implementations of IAs. He did not get an answer. We can pretty safely assume that regardless of the participant feedback, they plan to press ahead with the rollout.

NDIS.GOV AND THE NOT-SO-SUBTLE RECOMMENDATION

The NDIA was also questioned about its COVID-19 Find A Support Worker page, which links 15 support worker matching platforms. This is controversial because it is outside of  the Agency’s mandate to be recommending providers (though they argue it wasn’t a recommendation). They were also questioned about their process for selecting the providers and ensuring they met workforce obligations and COVID safety requirements. The Agency and a government Senator pushed back pretty hard that this was a pandemic measure to ensure people get the support they need through a difficult time.

This was a weird move on the Agency's part, but they were also weird times. Nevertheless, there are still good questions that need to be asked about the process for selecting providers and linking to them through the official NDIS website. Watch this space, because this conversation seems far from over.

The NDIA was also questioned about their legal fees surrounding Administrative Appeals Tribunal (AAT) cases. The Estimates heard that in the last financial year, the Agency spent $28m on external legal firms, $13.4m of which was related to AAT cases. The Guardian has since reported that the NDIA used external legal firms in 33% of the Tribunal cases. This places participants at quite a disadvantage, particularly if they cannot get free representation through Legal Aid.

INVESTIGATING WHERE THE INVESTIGATORS ARE AT

Because it wouldn’t be fair for the NDIA to have all the fun, the Quality and Safeguards Commission was also given a grilling. Senator Steele-John homed in on the number of staff members the Commission has dedicated to investigations. Currently, they have just 21 investigators employed. But don’t worry, because with the $94m of extra cash they received in the latest budget, they will be hiring more investigators! A grand total of five or six more…

Investigation is definitely only one important element of the Commission’s work. The Commission also made the point that investigations draw on the input of other teams as well. But less than 30 staff does seem like a remarkably small team for an agency with national responsibilities, especially since the Commission received 4,469 complaints last year and 311,040 reportable incidents.

From secret lists to evaluations that missed the mark, you have to love Senate Estimates. Well, other than the 75% of the proceedings which are as boring as hell. But oh, that drama in the 25% – I live for it. And if you do too, you can find the transcript here. Best of all, there is no Netflix-esque subscription fee. It’s all included in your taxes. 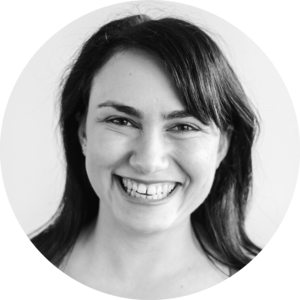 Sara is our go-to Content Specialist and the Editor of DSC's NDIS Resource Hub. She personifies the voice of DSC in her own passionate style and prides herself (quite rightly) on her research skills and fact-finding ability. Diagnosed with ME/CFS in 2012, Sara's lived experience of disability shines through in her work and she is a highly skilled, authoritative NDIS commentator. She began her career overseeing innovative Cambodian education projects and has quickly become an indispensable part of the DSC team.

What we don't know is what else the NDIS did with internal reviews where families asked for best or evidence-based practice early intervention for autistic children. We know (from the involvement of A4 members) that some of these review requests failed and the matters ended up in the AAT. The consequent delays in accessing the early intervention that autistic children need is very detrimental.