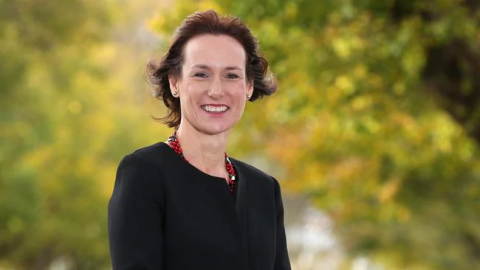 Two teachers and two support staff discussed putting up to six disabled children in a cage fight at a regional Victorian school ­already facing three investigations after complaints of mistreatment relating to dozens of alleged incidents.

The Weekend Australian has obtained evidence of a shocking online discussion by staff at the Latrobe Special Developmental School in Gippsland, in which they talk about creating a cage fight for up to six children, all of whom had disabilities.

The contents of the October 20 discussion have outraged parents and sparked calls for a ­judicial inquiry, including into the handling of issues such as alleged “manhandling” of children by staff and unexplained bruising.

Four school staff were involved in the online cage fighting discussion. The conflict was proposed by one of the teachers, records of the conversation show.

The teacher first proposes putting four children into the cage, with other staff then suggesting two other names. One of the education support workers, suggesting it was black humour, posted three laughing emojis. The second teacher offers: “Add (child) just to c what happens.”

The conversation has been leaked to the support group Voices for Special Needs, which is ­attempting to force an overhaul of the way the government school, which is in Traralgon, 160km east of Melbourne, operates. The school is already facing one police investigation, another from the Victorian Department of Education and Training and another by the state’s WorkSafe authority after parents highlighted 15 alleged incidents of students being dragged by staff, three incidents of children being grabbed and then falling, unexplained bruising and 11 incidents of ­alleged manhandling.

“There has been the establishment of a toxic culture in that school,’’ a spokesman for VSN said. “These are the most vulnerable children in our world. Most are non-verbal. We need change. To say we are deeply concerned is an understatement.”

Police confirmed on Friday that officers had received reports of incidents at an educational ­facility in Traralgon, but said: “As the matters are under investigation it would be inappropriate to comment further.’’

The Weekend Australian understands there have been examples of sexual assault allegedly committed by students but parents have complained of a lack of communication with the school leadership.

The school has about 80 ­pupils, according to a recent ­annual report, ranging in age from four to 18. Some of the children cannot speak and suffer from illnesses or conditions including autism and cerebral palsy.

Local Nationals state MP ­Melina Bath said there was an ­urgent need for a detailed investigation. “The safety of students must always be our first priority. These are serious allegations that must be thoroughly investigated by the appropriate independent authority,” she said. “Understandably, this matter is causing great distress for all involved.”

Education Minister James Merlino referred the matter to his department, which confirmed multiple investigations were under way into the school.

The department did not comment specifically on the cage fighting conversation.

“The department has been made aware of broad allegations involving Latrobe Special Development School and is working with those affected to ensure the appropriate steps are taken,” a spokeswoman said. “The department continues to ­assist Victoria Police and WorkSafe with their investigations on these matters and is committed to working with Voices for Special Needs.

“The department is taking steps to proactively respond to the concerns raised and is currently undertaking a priority Child Safe and Minimum Standards review at the school. The department encourages any families who are aware of inappropriate behaviour to come forward so it can ensure the appropriate steps are taken and support is provided to those who need it.”

VSN said there were as many as three sexual assault investigations under way, claiming that families had not been supported and had not been communicated with.

One of the key concerns of parents is the manner in which incidents are handled and then reported by the school, with any clashes often complicated by the lack of verbal skills of the children. “We are mortified and disgusted and we question what century this school is operating in,” VSN’s spokesman said.