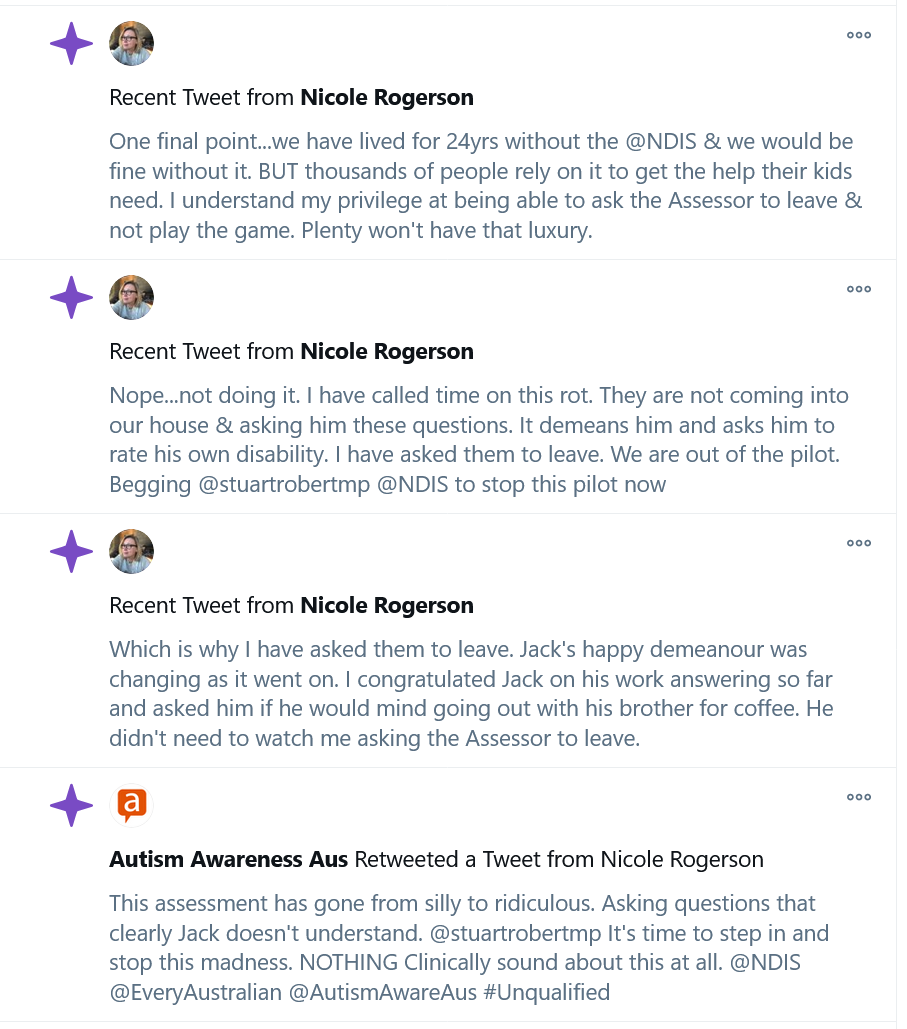 It is unlikely that a sufficiently simple tool could exists: the diversity of the autism spectrum would require a huge number of questions on an enormous range of issues, or it would need extremely general questions that would rarely get a sufficiently complete answer for an individual autistic person.

Clearly, the NDIA CEO's claim about the assessments tools the NDIA will use is false.

Information from the NDIS and its Minister about its contracted assessments, and most other issues, is unreliable and inaccurate. We simply cannot believe what the NDIA and its Minister tells us.