When Karen McKenzie received an unexpected letter from the National Disability Insurance Agency (NDIA) in August, she had to read it three times before it sank in.

Her son Jarrod, who has autism and severe intellectual disabilities, needs help to eat, get dressed and use the bathroom, but the NDIS funding that paid for his carers had been cut by more than half.

The 22-year-old Melbourne man is one of hundreds of people with autism and intellectual disabilities across Australia who have had their funding slashed in recent months after the NDIA determined the payments were not "not value for money".

The letters, seen by the ABC, stated: "The reason I have not funded your request is because I am not satisfied the following criteria are met – value for money".

The single mother has had to quit her job to look after her son around the clock.

"We weren't given any reason other than 'it's not value for money', which I think it quite appalling when Jarrod has such high needs," Ms McKenzie said.

"Mentally I'm not coping. The whole thing has been so stressful, I've lost a lot of sleep and I'm just worried about what the future holds."

The McKenzie family lost tens of thousands of dollars in funding, which mainly paid for carers.

"Our funding has run out, so for the next seven months we have nothing – we can't do anything, can't go anywhere, can't see anybody, we can't have normal lives anymore," Ms McKenzie said.

Disability advocates say the NDIS is targeting people with autism and psychosocial disabilities to slow the growth of the $26 billion program ahead of the federal election.

Samantha Connor, president of People With Disability Australia — the peak disability rights body — said her organisation had been overwhelmed with hundreds of people contacting them after their NDIS funding was reduced in recent months.

For many women, accessing the NDIS is like a full-time job

Given men and women experience disability at similar rates, why are only 37 per cent of NDIS participants women and girls? 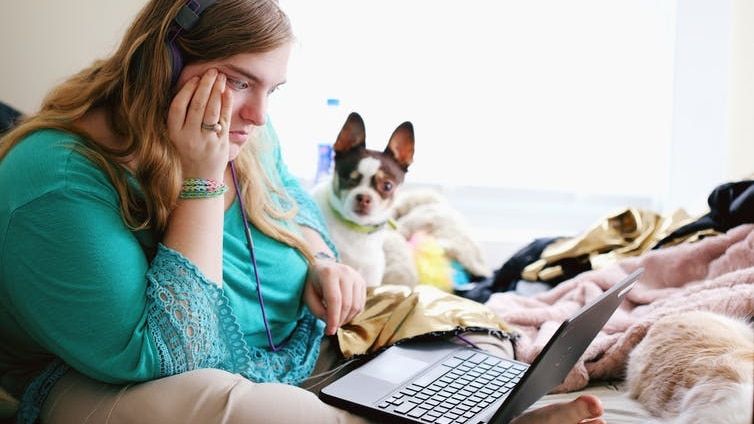 "It seems to be the diagnostic groups like autism, intellectual disability and people with psychosocial disability who have been affected," she said.

"We run a group with 56,000 people in it and, from our group numbers, it's probably at least half [that have had their funding cut]."

"We know there was a plan to bring in a razor gang sometime last year and that was implemented between April and August, but this seems to have continued," she said.

NDIS Minister Linda Reynolds said the scheme was fully funded and denied there had been cuts.

"In the December budget update the Morrison government increased NDIS funding by $26 billion, to $142 billion over four years," she said.

"Labor designed the NDIS as an insurance model, where individual participant plans may go up or down at different times based on independent decision making.

The changes to Max Drew's NDIS package mean he can no longer take part in his regular sports therapy sessions, which help with his social and motor skills.

The eight-year-old has an IQ in the top 1 per cent of his age group and he has been accepted into the largest high intelligence society in the world, Mensa. But he has autism and struggles socially.

"We received a letter from the NDIS telling us Max's funding would be cut by 41 per cent, out of the blue," his mum Kim said.

"It's devastating. He's just not going to reach his full potential without the funds."

Max's sports therapist Jason Nanos said about 50 per cent of his 200 clients had recently had their funding cut.

"It is widespread, and it is just an enormous loss — the kids need the proper funding to do activities like this," he said.

There are now more than 484,700 participants on the NDIS and autism is the most common primary disability.

A spokesperson for the NDIA said people with autism made up a third of the participants, nationally.

The spokesperson said around 3,750 participants were currently fighting changes to their plans through the Administrative Appeals Tribunal.

The opposition's NDIS spokesman, Bill Shorten, said the Morrison government must come clean on a "secret plan" to roll back NDIS funding that is focusing on children with autism.

"Certain disabilities pass the Morrison pub test, but other disabilities which are more awkward or more challenging or less easy to define are second class disabilities."

Mackay parents Tamie and Rob Bennett spent months fighting changes to their son Nic's NDIS package after it was unexpectedly cut in half. Nic Bennett's parents were close to selling their house to move in with him and support him full-time before successfully fighting his funding cut.(Supplied: Tamie Bennett)

"His funding was cut to the point that none of his daily needs were going to be met and he was not going to be safe," Ms Bennett said.

"I don't know when the time will come when the NDIS accepts that high complex needs participants are not going to be cured and they're going to need life-long support," she said.

Just before Christmas, Ms Bennett said they made the decision to sell their house and move in with Nic to support him full-time, before his funding was reinstated after months of fighting.

"It's been a living nightmare and the NDIS said they will review it again in another few months," she said.

"It just seems as though this constant barrage of demands and pressure for more evidence will never stop."

Nic's father said the experience has been "very scary" for him as a parent of a highly vulnerable child.

"Over the five years on the NDIS, Nic has had very little actual therapeutic care. It's been spent on all of the reports justifying the support he needs – it's a waste of money," Mr Bennett said.

"They make it so hard for people to get support, they rely on people being broken by the system — there's no other way to put it."