What is "autism"? ... a personal/family perspective 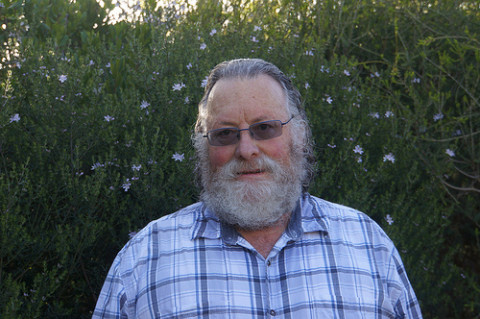 To me “autism” means autism spectrum disorder (ASD) which the DSM-5 describes entirely in terms of "disordered" behaviour, usually a child's behaviour.

The DSM-5, a manual of mental disorders, provides the diagnostic criteria for ASD in their "neurodevelopmental disorders" category. Previously, the DSM-IV described a category of disorders called Pervasive Developmental Disorders that included Autistic Disorder, Asperger's Disorder and PDD-NOS. The World Health Organisation replicated the definition, albeit with different names, in its ICD-10.

The DSM-5 has ASD in its neurodevelopmental disorders category …

The neurodevelopmental disorders are a group of conditions with onset in the developmental period. The disorders typically manifest early in development, often before the child enters grade school, and are characterized by developmental deficits that produce impairments of personal, social, academic, or occupational functioning. The range of developmental deficits varies from very specific limitations of learning or control of executive functions to global impairments of social skills or intelligence. The neurodevelopmental disorders frequently co-occur; for example, individuals with autism spectrum disorder often have intellectual disability (intellectual developmental disorder), and many children with attention-deficit/hyperactivity disorder (ADHD) also have a specific learning disorder. For some disorders, the clinical presentation includes symptoms of excess as well as deficits and delays in achieving expected milestones. For example, autism spectrum disorder is diagnosed only when the characteristic deficits of social communication are accompanied by excessively repetitive behaviors, restricted interests, and insistence on sameness.

Personally, I'd rather say that autistic children develop differently, with some of their different development resulting in dysfunctional behaviour … generally autistic children achieve different milestones; they bypass some of the milestones that typically developing children achieve. For brevity, I use "behaviour" to include how a person communicates with and reacts in relation to (or doesn't) others. Failure to reach some milestones is regarded as developmental deficits, disorder or dysfunction.

Clinicians and early educators often focus on perceived deficits relative to typical development … presumably because clinical attention aims to address deficits. Clinicians give little attention to positive developmental differences like early reading, strong numeracy, attention to detail or focus for extended periods, high mobility, etc. since these get little or no attention in clinical practice.

While atypical neurology is expected for ASD, the diagnostic criteria for ASD are completely defined/characterised through behaviour. A person who behaves autistically (consistently) has ASD; so presumably, anyone who doesn't behave autistically therefore doesn't have ASD.

My son and I are likely to have similar neurology. However, he has severe ASD and I don't.

Many of my family members are regarded as unusual, quirky, eccentric, etc. … today we might be called neurodivergent. I knew from an early age that my mind works differently from other peoples' minds.

Most members of my family are proudly “different” … we see advantages in our “difference” and will exploit our difference when possible. Mostly, we don't want to be normal. We are acutely aware that one does not need to be normal to contribute to our community. There are many ways to function effectively … and “normal” seems the least interesting.

A few members of my family have severe ASD (my son and my cousin's son). I am not aware of any mild or moderate ASD diagnoses in the family. In my family, atypical neurology seems common but only occasionally does it result in ASD: so I am inclined to see neurological difference and ASD as distinct … though possibly related.

Generally, mono-zygotic twins have extremely similar neurology … but in some cases, only one twin is autistic.

The available evidence suggests to me that a person's neurology is not the sole determinant of ASD. It is not known whether

Generally, we accept that we can't change a person's neurology. Drugs effect some neurological functions (drugs seem to help some people with ADD/ADHD) … but we don't have drugs to treat disorders like ASD, ID, Tourette's.

recognise and accept that some behaviour is different or unusual but not actually dysfunctional – so other people need to change their attitudes, to be more tolerant/accepting, and a behaviour stops being classed as dysfunctional,

try to learn/replace dysfunctional behaviour with functional/effective (not necessarily normal) behaviour, or

modify environments and avoid situations or settings that cause (result in) a dysfunctional responses.

Personally, I've used all of these approaches to tackle my own (sub-clinical) aberrant behaviour.

Rarely do I choose to normalise my behaviour; when I decide that I need to change my behaviour (rather than expecting other to cope with it), I choose behaviour that is functional for me. This might be seen as self-administered CBT … and I'm very lucky because I am responsive to this approach. Some people might suggest that I “grow out” of my aberrant behaviours.

Nor would I want to normalise my son's behaviour. I have the same view of my son's behaviour as I do of my own, though he often needs a more clinical approach to help with his behaviour. We usually try to minimise the change needed to get a functional outcome – you could say we are lazy or that we take the easy path.

He doesn't function effectively in a range of setting. For example, he still does not have safe behaviour near roads. So rather than keeping him away from roads, we taught him some minimal behavioural patterns that keep him safe when he's near a road (with support). He likes going places so he needs to be safe getting there.

When he's out and about (which he expects daily), he's willing to take a few deep breaths if his carer spots his mounting unease (or frustration) and suggests that he calm down; otherwise he gets upset with himself when his tantrum scares other people. He says “I want to be good” (his own words, no one taught him to say that). The deep-breath strategy usually allows time to work out what he's trying to tell us … or to move to somewhere that is less stressful for him. It's not normal behaviour but it is functional for him.

There are some skills and some of his dysfunctional behaviour that we have not been able to help him with. He still has abnormal social approaches, limited (and unusual/surprising) social interaction, difficulty communicating (minimal back-and-forth conversation), repetitive/stereotypical behaviours, perseveration and highly restricted interests … so he still meets the diagnostic criteria for ASD.

I've met people whose difficulties come more from their anxiety than from any autistic behaviour that they have as adults. Anxiety is not ASD, though I expect both ASD and other “differences” can contribute to and complicate anxiety … and other mental illnesses.

To me (and the DSM-5), ASD means specific types of disordered/dysfunctional behaviour that make up the diagnostic criteria for ASD. So if a previously-autistic person loses all (no longer engages in any of) the particular disordered/dysfunctional behaviour needed for an ASD diagnosis, I believe she/he should lose her/his ASD diagnosis. Those who lose their disorders and their diagnoses (become sub-clinical) have optimal outcomes in relation to ASD diagnoses.

This behavioural view of ASD may change if/when we understand and can characterise the neurology of ASD. Until then, ASD is about a set of specific dysfubnctional behaviours.

Losing an ASD diagnosis does not involve/require changed neurology … it does not require “normal behaviour” nor losing any functional behaviours/traits, no matter how unusual or quirky the non-autistic behaviour.

Many autistic people live happy, fulfilled lives. Most autistic people avoid situations and environments where they are anxious, stressed, uncomfortable or respond dysfunctionally … so their ASD is less apparent. Some autistic people carefully manage who they interact with socially. They are selective about how they engage with their community. Usually, their differences enhance their communities.