What “Counts” for Autism Has Been Dropping: Is That Good? 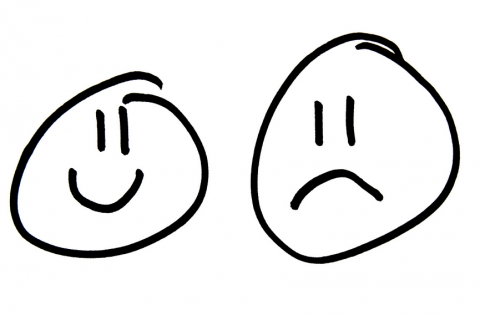 New research confirms a drop in severity for autism diagnoses

The steady increase over the past several decades in the percentage of children who meet criteria for an autistic spectrum disorder has been widely reported.  From rates of around 1 in 5000 children in 1975, the latest estimates from the Center for Disease Control are 1 in 68. This rise has triggered alarm bells in many circles as people search for and speculate about the reasons behind the increase, including the thoroughly discredited hypothesis regarding vaccines.

Within the scientific community, however, it is probably fair to say that while there remains a deep commitment toward understanding autism and its causes, the apparent increase in rate has caused much less concern.  This is mainly because most believe that at least the majority of the increase isn’t “real” and instead an artifact of three main factors, namely 1) increased awareness and screening for autism, 2) a shifting in the assignment away from other developmental diagnoses and toward autism over the years, and 3) a reduction in the severity threshold for what qualifies or “counts” for an autism diagnosis.

The third reason is the focus of today’s post. Thirty years ago, the vast majority of children who received a diagnosis of autism were pretty severely impaired.  Non mental health professionals who interacted with these children might not have known what term to apply, but most would have sensed that something was clearly different.  These days, those kids are still getting diagnosed with autism, but so are a lot of others whose social difficulties, unique mannerisms, and fixed interests are far less obvious than their more severely affected counterparts. This trend has occurred not because the official definition of autism has changed all that much but rather from a more permissive interpretation of phrases like “clinically significant impairment” and “marked deficits.”  Autism Spectrum Disorder is truly a spectrum, which means that all of us are on this spectrum - somewhere.  When large numbers of children are assessed for autistic behaviors using quantitative rating scales rather than yes/no judgments, the scores that are generated distribute themselves in the classic bell-shaped pattern, just like IQ or height, with no clear cut-off score that can neatly separate those who are truly autistic from those who are “just” socially awkward or quirky.  This smooth curve regarding the frequency and intensity of autistic behaviors doesn’t fit very well the more binary yes/no decisions that often need to be made, such as qualifying for special education benefits at school (or not), or starting a medication (or not).  With this state of reality, it really should not be surprising that the severity threshold for what qualifies as autism has been falling.

Yet despite the broad consensus about this dropping of the severity threshold, direct evidence to support it has been lacking....until now. Just recently, a team of researcher published a study from an Australian registry that contained information on new autism cases between the years 2000 and 2006: a time during which the rate of autism rose sharply.  The main finding from this study was that the number of individuals who were rated as having “extreme” levels of symptoms fell across the study period while the percentage of cases with “mild” symptoms rose.

In some ways, this is a study that proves something everyone already knew. Nevertheless, it probably is important to have some solid data behind a claim that is hopefully reassuring to people who might otherwise worry about an epidemic.  At the same time, the study can’t rule out the possibility that there may be a more substantive increase in autism on top of this effect of severity reduction.

Perhaps even more controversial, the study doesn’t answer the important question of whether this relaxing of the diagnostic criteria is a good thing.  Many of us, myself included, are inclined to say (mostly) yes because it allows for some much needed services for people who are genuinely struggling.  Just because a child’s autism is rated as mild doesn’t mean that there aren’t real difficulties that can cause huge problems for these kids and their families.  But a major diagnosis like autism also brings with it some stigma, and though its acknowledgement might open some doors to treatment and educational enrichment, other doors can close for those who want to do things like join the armed services as an adult. Furthermore, educational and mental health funds, as everyone knows, are not unlimited and more money to less severely affected individuals inevitably means less money to those who are struggling the most.  The scientist part of me even wonders if the widening range of what counts as autism has muddied the waters in terms of finding the causes of the disorder.

The answer, as others have proposed, may be to try and avoid weary and ultimately unwinnable arguments about where the “correct” line between autism and non-autism lies and instead focusing on figuring out what works best for whom.

David Rettew is author of Child Temperament: New Thinking About the Boundary Between Traits and Illness and a child psychiatrist in the psychiatry and pediatrics departments at the University of Vermont College of Medicine.

Whitehouse AJO, et al. Evidence of a Reduction over Time in the Behavioral Severity of Autistic Disorder Diagnoses.  Autism Research 2017.