With its collection of small vessels and hoses, plain tiled floor and bags of malt, the workplace of People Like Us in Skippinge, Denmark, is a typical brewing scene.

But for Rune Lindgreen, a 39-year-old with Asperger Syndrome, it is much more than that. Lindgreen was out of work for almost a decade before landing a job as a beer developer in this company run by autistic adults.

People Like Us was founded last year by brothers Lars and Jesper Carlsen, owners of LeVas, a provider of education and training for people with autism.

The move was born out of disappointment at a lack of work opportunities for autistic adults. “We had been getting more and more frustrated because when our youngsters leave [LeVas], nothing happens,” says Jesper. “It’s impossible for them to find a job.”

Their frustration is reflected in the figures. Recent research by the UK’s National Autistic Society found that just 16% of autistic adults are in full-time paid work, despite the vast majority saying they want to work.

Autistic people are all different and some are not able to work. Many struggle with interviews – where open-ended or vague questions can be confusing – and with social interaction in the workplace. Without a tailored approach from employers, this means it is often difficult to find and retain work. 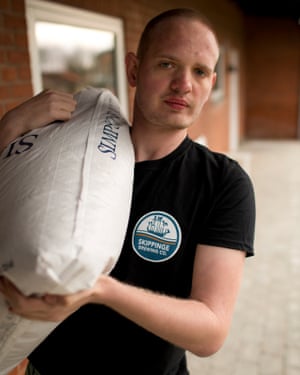 But things are slowly changing. In addition to the Carlsens’ efforts, organisations as diverse as Microsoft, Vodafone and GCHQ are actively recruiting autistic people.

There are about 450,000 autistic adults of working age in the UK; a huge, largely untapped talent pool. Richard Branson recently invested in Auticon, a German social enterprise that finds IT employment for autistic adults, to help it grow in the UK.

The Danish company Specialisterne, meanwhile, has worked since 2004 to bring more autistic people into the workplace, collaborating with companies around the world including the software giant SAP and the professional services firm EY (formerly Ernst & Young).

Autistic staff can be an asset

“One of the challenges facing the UK economy is building a skilled future workforce,” said Michel Van der Bel, Microsoft’s UK CEO, at the recent launch of his company’s autistic and inclusive hiring programme. “We can achieve this aim much better if we have a wider appreciation of the skills that are out there.”

Many other employers, though, are still unsure: 60% of companies that responded to the National Autistic Society’s employment campaign last year say they would worry about getting support for an autistic employee wrong.

“Autism affects everyone differently and not all autistic people are able to work,” says Emma Jones from the National Autistic Society. “But many are, and they’re desperate to find a job which reflects their talent and interests. With a little understanding and adjustments to the recruitment process and workplace, autistic adults can be a real asset.”

That’s something that People Like Us has demonstrated in Denmark. “As well as their individual skills, autistic people can be highly self-motivated, detail-focused and able to concentrate for long periods of time. Many have detailed knowledge of certain areas and can be able to to identify errors that others miss – a huge plus for any business,” said Jones.

For the employees too, the results can be life-changing. Today, beers designed by Lindgreen are available in almost 40 places around Denmark, including Dragsholm Castle, a Michelin-starred restaurant.

“It’s really nice to be back brewing again, but at the same time it’s also a little confusing, since my job description has changed a few times. But I know that it is very common for start ups, that you’ll have to be able to wear more hats. I’m glad to be a part of this.” 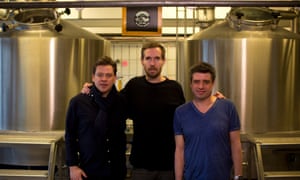 The beauty of a business like brewing as a model for a business of this kind is the diversity of roles it creates, according to Lars Carlsen, who is also the brewery’s CEO. “We think that nearly all roles in a brewing company can be done by someone with autism,” he says. “There are all kinds of jobs, from developing recipes to bookkeeping to cleaning up, and everything in between.”

What next after beer?

Although People Like Us does not yet own a full-size brewery (the space in Skippinge is used for recipe development, while commercial batches are made at De Proef brewery in Belgium), it has prompted others to take on autistic employees, including beer distributor Det Belgiske Hus and the Timm Vladimirs cooking school, says Jesper Carlsen.

“Through co-operating with us, they get inspired,” he says. “Timm Vladimirs heard our story and thought, ‘Why don’t I do the same?’ He’s employed two autistic adults.”

People Like Us has enjoyed crucial support from Mikkeller, a Danish brewing company. Mikkel Borg Bjergsø, the man behind Mikkeller, was initially approached in the hope that he might brew a promotional beer, but he persuaded the brothers to think bigger.

Although an initial crowdfunding push in March this year fell some way short of the total needed to build a brewery ($21,965 (£17,500) from a target of $150,000), the publicity received has been helpful; eight different beers will be produced this year, including a collaboration brew with Goose Island in Chicago in May.

“We will start another campaign in the autumn,” says Jesper Carlsen. “But we have so many things to do right now. During the summer we will have a bar at Odsherred Teater [a theatre in Nykøbing Sjælland, Denmark], where four autistic adults will be employed, we are going to six festivals, we have a lot of stuff to do.”

For Lindgreen, it’s great to be able to demonstrate what he had to offer. “I don’t know if I’m going to do this for the rest of my life,” he says, “but right now it’s a nice place to be, to become a part of a working community again, and hopefully – through being open about these things – to be able to change perceptions of people with autism.”