Up to 70% of autistic people experience mental health conditions such as depression and anxiety, according to some research. Unfortunately, we still don’t know why autistic people are at a higher risk for mental health problems than non-autistic people. But one important factor is whether an individual’s autism is recognised and accepted by those around them. My colleagues and I recently published research that shows a lack of acceptance can significantly impact on the mental health of autistic adults.

While medical professionals have become much better at diagnosing autism, many people with the condition feel it is still not accepted as a potentially positive aspect of who they are. Autism is a lifelong neurodevelopmental condition, meaning that the brain develops differently. This results in differences in social communication and interactions, sensory experiences and restricted interests. For our research, we surveyed 111 cognitively able autistic adults about how their experiences of autism acceptance related to their mental health, and many commented on experiencing a negative reaction.

“Since being diagnosed I have found that mention of autism is met blankly or dismissed,” said one participant. Another explained how searching for acceptance from others could be incredibly draining: “As the years pass, I suffer increasing anxiety for lack of even casual acceptance by my species.”

Take a moment to think about a crucial part of who you are. For example, I am Scottish, and that is a very important part of me. Now think about whether other people accept that part of you. Perhaps you feel a disconnection between how much you accept yourself and how much others seem to accept you. If you feel like others don’t accept you for that part of your identity, this could impact on your mental health. As human beings, we have a natural desire to be accepted and to belong.

For people who have a diagnosis of an autism spectrum condition, autism can be an integral part of who they are. This is why many prefer the term “autistic person” rather than “person with autism” (just as I prefer to be called a Scottish person rather than a person with Scottishness). But do other people accept autistic people for who they are? Recent research suggests not, and that first impressions of autistic people tend to be negative. 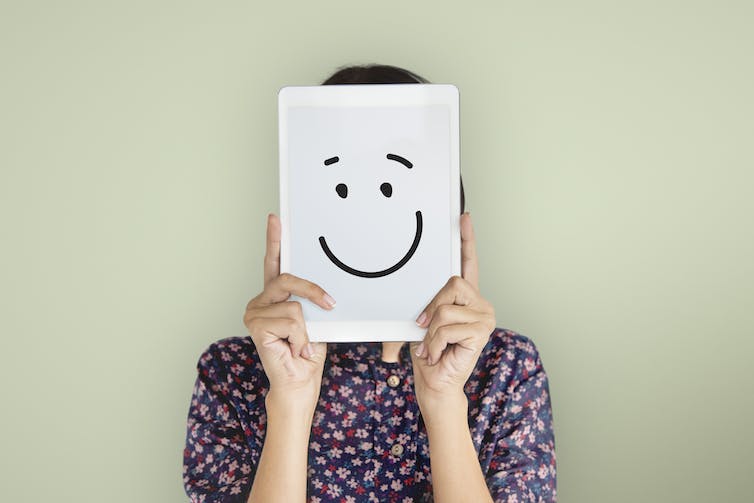 Hiding your true self. Shutterstock

Another important aspect of our research was that we also asked participants to share any thoughts they had on their experiences of autism acceptance. Their answers revealed that many thought that they “camouflaged” or “masked” the fact they were autistic. In other words, in certain situations they tried to act “neurotypical” (non-autistic). As one participant said, “I mask so well that I am accepted, but not for being autistic”.

We found that the participants who said that they camouflaged also reported higher symptoms of depression. One participant explained that “[camouflaging] is incredibly exhausting and stressful and has ultimately led to mental and physical health problems”. Hopefully you can imagine how draining it must be to feel like you have to constantly hide a major part of yourself from others. We are just starting to learn about camouflaging in autism, and more research needs to be done to understand the impact it could have on autistic people’s lives.

We need to accept autistic people for being who they are, and to enable them to feel like they can disclose the fact that they are autistic to others and be accepted for this. My past research with autistic adolescents found that many of these adolescents had a desire to fit in with their peers, but they also wanted to be accepted for who they were. In our societies, we should be celebrating diversity and enabling autistic people to be themselves.

Perhaps by creating a more accepting society, we might see fewer mental health difficulties in autism. But we need more work on autism acceptance to work out how we can actually do this. For example, research on online training for university students has shown that teaching them about autism and neurodiversity (the idea that autism is a part of human diversity) can improve attitudes.

Mental health research in autism is the number one research priority in this area, and autism acceptance is likely just one factor among many that could contribute to mental health difficulties in autism. But by being more accepting and positive when people are diagnosed with autism, we could make a real difference to their lives.