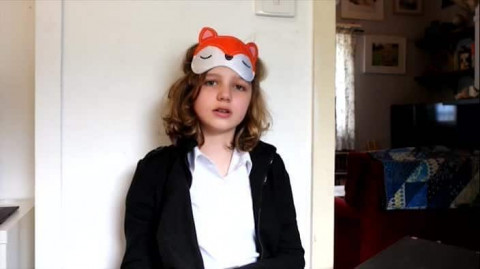 HE was dux of his Year 12 class, is starting a double degree in law and international relations, and wants to be a prosecutor — yet as a young boy growing up with Asperger’s, Connor Pangallo couldn’t stand school.

CONNOR Pangallo was dux of his Year 12 class, is embarking on a double degree in law and international relations, and has his sights set on becoming a prosecutor.

Yet as a young boy growing up with Asperger Syndrome, he couldn’t stand school.

“I really hated school and dealing with teachers and other kids. It was very hard for me to do that without feeling awkward,” he says.

So a decade ago, his mum Angie launched the Gold Foundation, aimed at building the social skills of children on the autism spectrum, with a $15,000 grant from The Advertiser Foundation.

Connor was among the not-for-profit’s first group of eight boys, and it has since grown to help hundreds of children and families each year through 200 volunteers. Connor says it changed his life.

“It made me realise you have to really understand people to interact with them properly and not cause any discord or offence,” the 18-year-old from Lynton says.

“That allowed me to enjoy school. It gave school a lot more meaning for me. It’s not a place arbitrarily invented by politicians and bureaucrats to make life miserable. A lot of kids see me as a mentor and look up to me as a Gold Foundation success story. I have to set an example of how it can turn your life around.”

The Mercedes College graduate received SACE merits in English and Modern History and scored a university entrance rank of 99.8.

The school’s inclusive education co-ordinator Josi Labozzetta says Connor’s early struggles to “self-regulate” his behaviour “often masked that he had a sharp mind, was a deep thinker and was very capable academically”.

“We nurtured his independence and gave him space to be himself within clearly defined parameters. Once we found the hook, the things that drove him, he was engaged,” she says.

Mum Angie says she’s “very emotional and proud because it’s been a challenging journey for him”.

“I’m proud of him not just for his academic results, but for the person he’s become,” she says.