Melbourne Comedy Festival performer Nikki Osborne has been forced to defend her upcoming shows after she was accused of offending people with autism.

The actor and comedian is due to perform her show 'On the Spectrum' next month. The show is about how she gets by as a mother of someone with high-functioning autism.

However some people have accused the 36-year-old of making fun of her child's disability. A number of people have taken to City of Kingston's Facebook page to demand the council step in and cancel three upcoming shows at Kingston City Hall in Melbourne.

On Thursday, Ms Osborne was forced to clarify her show wasn't designed to poke fun at her child.

"It would be very counterproductive to do a show that would make life more difficult for my son," she said. "I have very honourable intentions. It's about my person experience as a parent and overcoming the upset of [an autism] diagnosis through humour.

"I also go into everyday, bizarre people who are considered typical. If we can't learn to laugh through our struggles, we're stuffed."

Fellow Melbourne Comedy Festival performer Ryan Smedley, who lives with Asperger syndrome, defended Ms Osborne's right to make jokes about being a parent of someone on the spectrum.

"The reaction seems ridiculous and over the top," he said. "What we don't need is people being banned from a performance by people who haven't seen the show. If it's unfunny or in poor taste, then people won't go to see it." 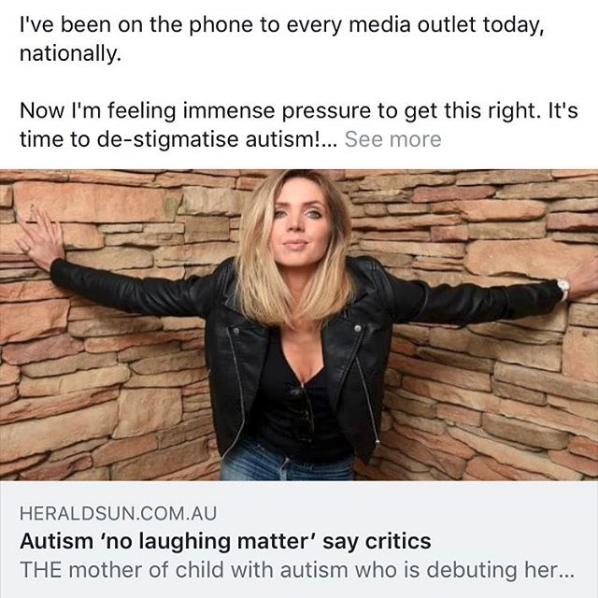 The Melbourne Comedy Festival has also stepped in to defend Ms Osborne's right to tell her own story through humour.

"Melbourne audiences have the intelligence to make calls about the work of various comedians and either support them or hold them to account for their views."