'It's a horror story': Carers, family speak out on NDIS regional care 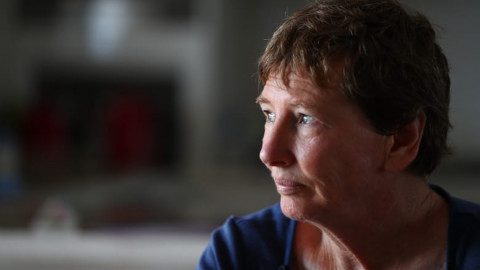 Natalie Vernon was trying to enjoy a holiday in Tasmania last October when she received a call from her distressed daughter, informing her Mrs Vernon’s son was threatening to kill himself.

His care is managed by LiveBetter Community Services, formerly CareWest, which is the largest National Disability Income Scheme (NDIS) provider in rural NSW.

Mrs Vernon was horrified when, during panicked calls to Liam’s carers that continued throughout the evening, it became clear the staff looking after him didn’t know how to respond.

“They didn’t know what to do ... I said give him a valium. PRN him,” she said, describing a medical treatment administered on a needs basis. “If it doesn’t work, he needs to be admitted. If you can’t manage him, you must take him to hospital.

Mrs Vernon’s issues with the organisation did not end that night. She said Liam had been assaulted multiple times since he moved into his LiveBetter accommodation in June last year.

“LiveBetter have let us down on duty of care, protecting my son, making sure that my son was OK after assaults, pretty much ignoring me, and not delivering on their service plan,” Mrs Vernon said.

“I haven’t slept for most of this year because I’m worried about his safety. Not that the workers will hurt him, but the lack of support and the lack of care.”

Mr Freedman worked for the organisation between 2015 and 2017, and became troubled by what he described as the organisation’s lack of “strong risk management oversight” to protect “the most vulnerable people in our communities”.

He made an internal complaint to the group's president Peter Mangles in August last year, addressing what he said he and other employees regarded to be “an unsafe, unhealthy and unethical organisation in rapid decline with the risk of multiple adverse events looming on the horizon”. A month after lodging the complaint, he said, he resigned, fed up with the ongoing issues.

His complaint is a 61-page document, seen by Fairfax Media, which outlines poor reporting mechanisms, the failure to properly respond to serious incidents, and an undermining of the organisation’s alcohol and drugs policy. In response to Mr Freedman’s complaint, LiveBetter employed BDO Australia to undertake an investigation into the issues.

Other emails seen by Fairfax Media, however, reveal LiveBetter staff have been raising similar concerns with senior management since 2015, when the organisation was known as CareWest.

An internal complaint from two other staff members to senior managers in December 2015 highlights concerns that client placements were not being organised correctly, incidents were not being reported nor investigated, teams were put through rushed training, and staff were not given suicide protocols.

Since then, according to their most recent annual report, the organisation has merged with seven previously separate organisations during the rollout of the NDIS.

Originally based in Orange, LiveBetter’s operations now span the length of NSW, west of the Dividing Ranges, and are in the process of expanding into regional Queensland and Victoria. It expects to continue its expansion up until 2020.

But while the organisation states it “is confident that we have sufficient working capital to pursue significant growth under the NDIS”, long-standing staff concerns about risk management in existing facilities remain unaddressed.

In response to questions from Fairfax Media about concerns expressed by parents, staff and ex-staff, chief executive Tim Curran said “LiveBetter is extremely concerned at the nature of these questions and allegations, and totally rejects any wrongdoing or failure in our duty of care concerning clients.”

“There was no adverse finding against any current manager,” he said in reference to the recent BDO investigation, but added it “did highlight the need for improvement to our incident policy and procedures which have been implemented.”

He did not respond to questions concerning specific allegations made against senior members of staff or LiveBetter’s ongoing relationship with BDO Australia.

In the annual report, former president George Blackwell said he was concerned with the pace of the NDIS rollout and the “haphazard fashion in which the crucial independent planning and assessment functions are being conducted”. Mr Curran did not respond to questions about whether LiveBetter was struggling to adequately manage client care alongside its burgeoning growth.

Meanwhile, parents such as Mrs Vernon were worried for the wellbeing of their loved ones.

An incident in July last year saw Mrs Vernon’s son Liam and a LiveBetter care worker threatened with a makeshift spear — a kitchen knife strapped to the bottom of a broom — by another client.

LiveBetter responded by placing Liam in a motel for a week without overnight care.

According to records from March last year, 48 other incidents were labelled as “high severity” and marked as “overdue” to be addressed. “With inaction, it will be a matter of time before LiveBetter [has] a fatal incident,” Mr Freedman wrote in an email to management following the attack on Liam.

Mr Freedman pushed the need to address overdue incidents to senior staff. Instead of investigating incidents, however, Mr Freedman said he was instructed by a senior manager to “bulk close down incidents” in the lead up to governance meetings and audits.

Emails dating from 2015 also show staff complaining they were not being made aware of incidents, and not receiving responses when they asked for situations to be investigated.

Comprehensive incident reports are crucial to determine when additional safeguards need to be put in place, and to communicate to staff members when clients may have a history of violence or absconding.

Some care staff have been left troubled by their training and responsibilities.

“I don’t believe I should have been doing what I was doing, with [clients] with these conditions and not knowing how to handle it,” one staff member said.

Before new carers commence working in a facility alone, the staff member said they are supposed to

have three “buddy shifts” where they work alongside a more experienced carer.

“Of the three buddy shifts, I had one at night before I was there first thing in the morning by myself,” they said. “I had no idea what to do.”

A mother of a former CareWest client, who wished to remain anonymous, reported feeling similarly isolated. “They say [the NDIS] is about choice, but in a small community like Orange with 40,000 people, LiveBetter takes care of 90 per cent of everything,” she said.

It’s this lack of choice that has meant Deirdre Gunning has kept her daughter Lisa*, who has autism, in a LiveBetter group home despite the fact she has suffered multiple assaults while under its care.

Ms Gunning said these assaults were “domestic violence at its best”.

In 2014, Lisa, who was 24 at the time, indicated to her support worker that she had been sexually assaulted by a senior staff member of CareWest. When this was reported to police, an internal CareWest document indicated that, due to Lisa’s disability, she would not be able to provide a statement that would “hold up in court”.

A NSW Police spokesman confirmed that an “extensive investigation” took place in 2015, but that “no further police action would be taken at this stage.”

Mr Curran refused to comment on specific allegations, but said “any serious allegation against a senior manager of the organisation is referred to external investigators to ensure impartiality in process.”

Ms Gunning said: “People with autism just seize up and they can’t talk to strangers, so he gets away with it. These people are fully aware that these clients cannot go through the court process.”

In February 2018, Mr Mangles sent a letter to staff members thanking them for their participation in the investigation.

“It does appear that our company policies and procedures need to be revisited to ensure they are effective in providing role clarity and clear and effective processes which can be easily followed, we are immediately addressing policy and procedure gaps and may need your further assistance in doing this,” it reads.

Mr Curran said the organisation recognised the need to constantly evolve and improve.

“He was suicidal [again] last week, so I had to stay in Orange out of my own pocket. Again, eight phone calls the previous night because the staff didn’t know what to do. I’m tired. I’m truly tired.”

*Names have been changed.