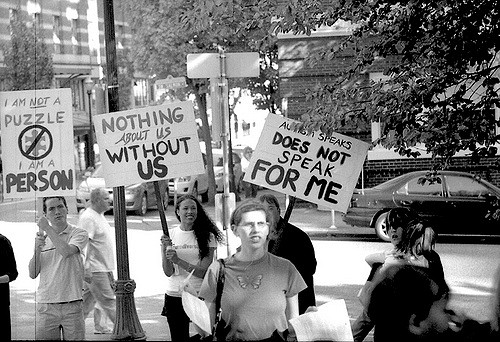 Autistic people have been routinely misunderstood, ignored, and excluded for decades – including from campaigns designed to promote awareness of autism itself. But this is beginning to change.

Autistic self-advocacy organisations and autistic activists have long criticised autism awareness initiatives. The criticism is they too often emphasise the “deficits”, or difficulties of autism, rather than the profound possibilities of autistic lives. In part, this is because those campaigns are designed by non-autistic people, rather than by autistic people themselves.

Read more: Watch your language when talking about autism

This has led to sustained activism to change the emphasis and shift the balance of power, including within the academic community.

Nothing about us without us

Some 11 years ago, autistic activist, Ari Ne’eman, then president of the Autistic Self Advocacy Network (ASAN), successfully campaigned to shut down a stigmatising campaign posted on billboards and other sites in New York City. The billboards displayed images of autistic people being held hostage by their autism.

More recently, outrage from the UK’s autistic community caused Edinburgh Castle to drop its support for the controversial US autism charity Autism Speaks’ Light It Up Blue campaign for World Autism Awareness Day. Instead, the famous landmark was lit up purple in celebration of the movement known as neurodiversity, which approaches autism as a natural part of human genetic diversity.

These successes are the result of sustained activism. And the message is consistent: “nothing about us, without us.”

The effects of this activism are now being felt in the academic community too. Earlier this year, the editors of the international journal, Autism, responded to the longstanding requests of autistic activists to change the way they visually represented autism on the journal. They replaced the puzzle piece on its front cover – a symbol that implies autistic people are somehow incomplete and need to be made whole – a view understandably not shared by those who are autistic.

The same goes for the research agenda. For many years, research priorities have ordinarily been set almost exclusively by scientific funders and academics. And so, autistic people have rarely been involved in the decision-making processes that shape research or its application. They have been excluded from the very research that directly concerns them.

In the past few years, an increasing number of researchers have been working with autistic people as partners. Autistic people are included in all stages of the research process, to address issues that are prioritised by them. Research is conducted in a way that is sensitive to their needs and values.

To understand autism, we need to include autistic researchers

Read more: Research in autism-friendly technology needs to improve to make a real difference for people

The results have the potential to reshape entirely our understanding of autism and mental health. Traditionally, scientists researching mental health in autism, particularly anxiety, have tried to distinguish between symptoms of anxiety similar to those seen in neurotypical adults and what they call “atypical” signs of anxiety, linked to the features of autism.

But, in doing so, they presumed the causes of anxiety must lie fundamentally with the person themselves or with specific autistic features rather than in the way in which non-autistic people interact with them.

Our participants, to the contrary, identified one key source of their anxiety was rooted in the behaviour of others. Others’ perceptions, others’ often hostile actions towards them, which resulted in them being “excluded, frowned upon and made to feel unnatural”. If they’re right, then it’s precisely these experiences from which we, as non-autistic researchers, need to be learning if we want to understand the nature of anxiety in autism.

To get the research right, we need to ask autistic people 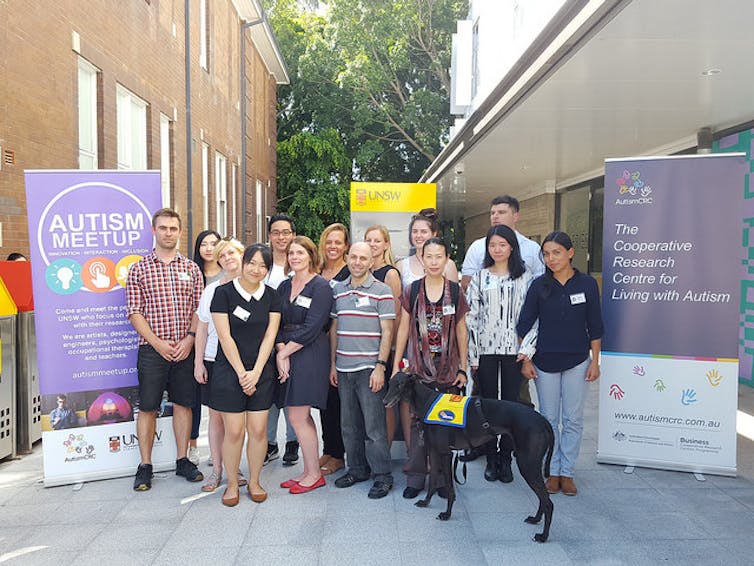 Participatory autism research still represents only a fraction of the plethora of autism research conducted across the globe. But it is gaining momentum. The Cooperative Research Centre for Living with Autism, funded by the Australian Commonwealth Department of Industry, Innovation and Science, is especially progressive in this regard. It prioritises inclusive research that genuinely involves autistic people and their allies in all stages of the research process.

And the UK’s Participatory Autism Research Collective, run by autistic scholars, is building a community network to promote autistic involvement in autism research.

It is time to listen to, and learn from, autistic people’s experiences and expertise – with regard to research, practice and advocacy. Non-autistic researchers will get our messages right, our services and supports right, and our research right when we involve autistic people in the decision-making processes that ultimately affect them.