An educator says she was left "disturbed" by a conversation she had with a school psychologist who is on trial accused of assaulting a young student with autism.

The boy was 12 when the alleged assault happened at the school.

Agni Angelkovska, 50, is on trial in the Perth Magistrates Court accused of slapping the male student and throwing a cup of water at him at Christ Church Grammar School in 2014.

She's been charged with two counts of common assault and has pleaded not guilty to both charges.

The assault is alleged to have happened shortly after the boy was carried into a room by four other staff members.

Giving evidence on Tuesday, Michelle Bishop told the court she had a face-to-face discussion with Ms Angelkovska after the incident, which took place on November 6, 2014.

Ms Bishop at the time worked for the Association of Independent Schools and was called in to give advice to the school and Ms Angelkovska about what happened.

Ms Bishop testified that during a 30-minute discussion with the school psychologist, Ms Angelkovska told her she had slapped the child and had thrown a cup at him.

"She explained she was trying to teach him consequences," Ms Bishop told the court. "She said ... that she had smacked him back. She seemed to show regret.

"At the end of our discussion, she thought that would be the end of her job. I was quite disturbed after that conversation, that that student was treated that way."

The boy's mother cried in the back of the courtroom on Tuesday as Ms Bishop testified.

Ms Angelkovska's defence lawyer Simon Freitag put it to Ms Bishop her recollection of the meeting was "unreliable", but she said that was an "inaccurate" suggestion.

Mr Freitag also pointed out no notes were taken by Ms Bishop during the meeting and that she did not mention details about any slapping in an email she later sent to the school's principal.

In her video-recorded interview with police in 2017, played to the court on Tuesday, Ms Angelkovska said she told the boy "not to invade her space" and that she was trying to calm him down on the day in question.

Ms Angelkovska told two detectives during the interview that she was hit in the head by the boy, that she held him by the arms and that he had been throwing items around the room.

"He kicked and punched, I tried to restrict his movements," she told police. "I took him by the arms ... I just didn't want to let go.

"He was throwing objects before he came towards me. I said 'you've got to pick up all these objects off the floor'.

"I was absolutely exhausted." 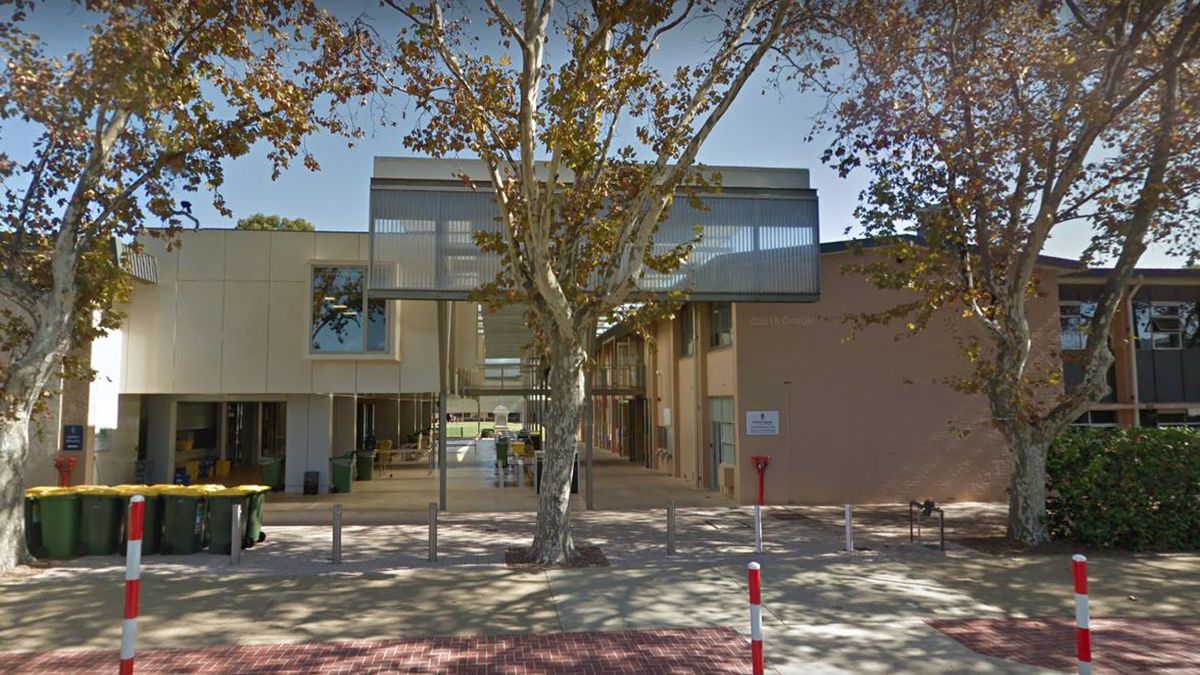 A school psychologist accused of assaulting an autistic boy at a prestigious Perth school allegedly told other staff "he picked the wrong woman to mess with".

Dr Agni Angelkovska, 50, is on trial in Perth Magistrates Court, accused of slapping the 12-year-old boy in the face with his own hand and throwing a cup of water at him at Christ Church Grammar School in November 2014.

Today education assistant Sally Nelson testified the boy was having a meltdown when four staff members carried him to another room to get him to calm down.

Ms Nelson said she left for half an hour and when she returned she could hear "slapping sounds" coming from the sensory room and Dr Angelkovska saying, "do you like that?".

She said she also saw Dr Angelkovska throw a cup of water at the boy, who looked "pretty shaken and pretty shocked".

Ms Nelson added that Dr Angelkovska seemed "out of control".

Ms Nelson said when she asked if she had got it back, Dr Angelkovska replied: "Yes, the bastard was going to strangle me with it."

Dr Angelkovska has pleaded not guilty to two counts of common assault, claiming the boy was struck by his own hand during a struggle. She also denies throwing the water.

Michelle Bishop from The Association Independent Schools WA testified the psychologist told her she was trying to teach him consequences, "that if you smack someone, they can smack you back".

The boy's mother sobbed in the back of the courtroom as Ms Bishop admitted she was "disturbed" by the conversation.

She denied the accusations in court today.