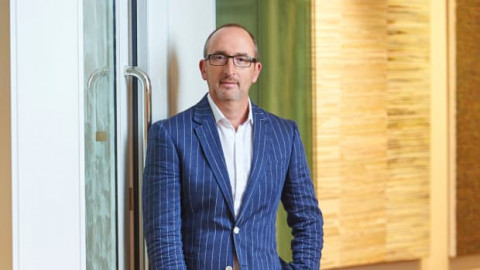 The company has filled a variety of roles in fields such as software engineering and cyber security, which the bank's executive general manager of technology and transformation, Andy Weir, said people on the autism spectrum often had a natural aptitude for.

"Thinking about the environment that every industry is operating in now, the world is increasingly digital and the role of technology is increasing exponentially and the types of skills and capabilities need to be more innovative ... are roles that people with autism are predisposed to be very successful at," he said.

"But organisations on the whole aren't doing enough. My view is that it comes down to a lack of awareness. Corporate Australia has years and years of experience recruiting talent and identifying talent in a particular way and once you're on that treadmill, you lose the broader perspective of where and how you can think about things differently."

The bank has been partnering with Curtin University since 2015 to provide an internship program for people with autism and is preparing to take on its next intake of participants.

Seven people have completed the internship to date and they have all taken on full-time jobs either with Bankwest or with BHP in Perth.

"The starting premise for this type of initiative comes from the belief that the most diverse organisations are the most innovative," Mr Weir said.

While Bankwest's intake of people with autism has been relatively modest to date, it joins DXC Technology as one of the few companies to have dedicated programs designed to boost the employment of people on the spectrum.

Eric Weber, 24, who participated in the Bankwest internship program last year, will join the bank's graduate development program this year, alongside his brother Luke.

Mr Weber said there weren't enough opportunities out there for people on the autism spectrum.

"Australia's got a poor track record when it comes to providing employment opportunities for people with autism spectrum disorder [ASD]," he said.

Mr Weir said the discrepancy in the employment figures between people with and without autism was despite the fact that people with autism often outperformed in their roles.

"As you get older that only gets harder [for people with autism], as employers expect experience," he said.

The majority of big businesses are making pushes to improve their diversity, as in 2017 there were still fewer women in top roles of ASX 200 companies than men named John, Peter or David.

But while the bulk of the discussion has been centred on improving gender, ethnic and age diversity, creating inclusive environments and roles tailored to people with disabilities has received far less attention and Mr Weir believed this was part of the problem.

"It's an area that isn't getting enough air time. The focus is so much, and quite rightly, on other areas of diversity and inclusion that being able to accommodate further initiatives could be difficult for some businesses," he said.

"But if you believe that great innovation and success comes from a more diverse and inclusive workforce, then they should be broadening their horizons and perspectives as much as possible."