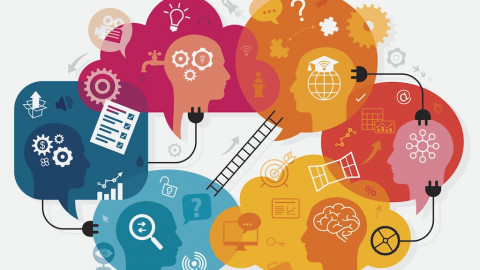 Work goes beyond financial independence. It often goes to the heart of a sense of satisfaction, self-worth and the ability to contribute to the community. It can be key to our well being.

Just as it applies to you or me, it is exactly the same for the one in 100 people with autism spectrum disorder.

Recognising the importance of employing those on the spectrum, and the benefits a neurodiverse workforce can offer, has never been more important as an increasing number of young adults diagnosed with ASD hit the job market.

Professor Andrew Whitehouse, head of autism research at the Telethon Kids Institute, explains autism as a neurodevelopmental condition, in which the brain develops differently to what we typically expect. While autism is caused by differences in genetics, it is diagnosed based on the presence of challenges with social skills, repetitive behaviours, speech and language.

“In Australia the biggest increase is seen in the teenage years because a lot of kids have been diagnosed in the last five to 10 years,” Dr Falkmer says.

Those woeful statistics are backed by a 2016 Bankwest Curtin Economics Centre study that found Australia has among the lowest rates of employment of people with a disability in the OECD, ranking 21 out of 29 countries.

Dustin Hoffman’s portrayal of an autistic man in Rain Man has left many, even 30 years since its release, with the belief that all people with autism have savant-type abilities.

While those with autism generally have an uneven developmental profile, and in some cases are gifted in a particular area, most do not. This should be kept in mind to ensure an even playing field, says Dr Falkmer.

“There shouldn’t be the expectation that if you employ someone on the autism spectrum that they should have superior skills. You have to realise that people have strengths and someone with autism shouldn’t have to be superior to their peers. They should be on equal terms when it comes to their skills,” she says.

Generally there are traits on the spectrum display that can be very useful.

“Many adults on the spectrum are highly intelligent, and often have high-level qualifications,” says Professor Whitehouse.

“Other attributes often include strengths in visual thinking, attention to detail, and an ability to solve solutions through unconventional methods. The cultural benefits of employing adults on the spectrum are also immense, and can include honesty, efficiency and low absenteeism.”

Recruitment processes generally do not favour people with autism. Difficulties in social situations and communication skills do not bode well for interviews.

Dr Falkmer says many of its industry partners have adapted the recruitment process by preparing a candidate for an interview with anticipated questions and providing opportunities for the job seeker to show their abilities.

Dr Falkmer says while there has been many gains on improving gender, ethnicity and age diversity; the time has come for neurodiversity to have its time in the sun.

“For the employer neurodiversity brings people in that think differently. They might look at things from a different perspective and are able to find solutions that perhaps someone that is neurotypical wouldn’t find out.

“What we hear from our industry partners is that bringing neurodiversity into the workplace is it provides workers with a lot of engagement, pride and new perspective on their co-workers. Workers look at their workplace in a different way and feel proud to be part of a neurodiverse workplace,” says Dr Falkmer.

Rocky Bay is one outfit helping teenagers and adults on the autism spectrum to find and retain work.

But support is more than simply working with their clients, it takes a village. Rocky Bay leisure and independence director Kylie Murphy says developing skills for long and meaningful employment requires a strong partnership between the customer and their support network like parents or carers, the employer, co-workers and support organisation.

Companies are increasingly inspired to create neurodiverse workplaces having seen the success of Danish social innovator Specialisterne. The company uses the characteristics of people with ASD as a competitive advantage, providing services like software testing and quality control.

Last year Curtin University and IT company DXC Technology established a neurodiversity hub to promote employment opportunities for students with autism and other neurological conditions.

The hub is run in part by the Curtin-based Autism Academy for Software Quality Assurance which runs an outreach program for high school students interested in science, technology, engineering and mathematics (STEM).

The academy also runs paid internships with industry partners like Bankwest, one of only a few companies with dedicated programs to increase the employment of people on the spectrum.

While much of the inclusion progress has been made in the IT arena, Curtin Autism Research Group’s Dr Marita Falkmer is quick to point out the importance of not pigeon holing people with autism as they have “the same range of interests as everyone else”.

Telethon Kids Institute is also working hard to address employment but at the very early stages. Its new clinical-research centre for autism, CliniKids, aids in the planning for adulthood, employment and independence.