The mother of a 17-year-old autistic boy has sued the state of Victoria over a government school’s alleged "abandonment" of her son’s education and failure to teach him the curriculum.

The case, which could have implications for thousands of families who believe their child has been excluded from learning due to a disability, is listed for a three-week hearing in the Federal Court next year.

The mother, whom The Age has chosen not to name, argues the school’s failure “to put intensive effort into his education” and instead fill her son's school days with “non-academic activities” has left him effectively illiterate, innumerate and unemployable.

The boy is on the cusp of year 12 graduation but, according to a statement of claim filed with the court, his skills have progressed minimally in his 13½ years at Southern Autistic School.

The statement of claim for the boy, Jake, alleges the school in Bentleigh East and the Victorian Department of Education and Training have breached four sections of the Disability Discrimination Act.

The alleged breaches include banning Jake from school activities such as swimming, failing to support him at both a group and an individual level, and failing to teach Jake – who has severe language impairments – a functional method of communication. 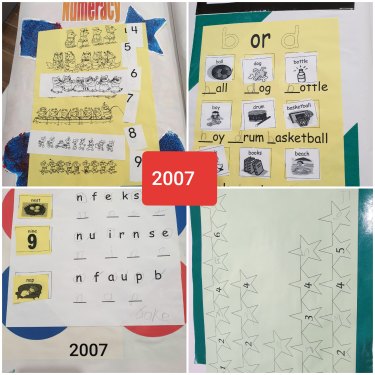 An example of Jake's schoolwork in 2007, when he was in primary school at Southern Autistic.

Citing timetables provided by the school, Jake's lawyers allege he spends almost all his time on non-academic activities including trampolining, cooking, volunteer work such as picking up rubbish in parks, travel training and playing with play-dough.

“By constructively abandoning Jake’s education, the [Department] treated him less favourably than [it] would treat a student without Jake’s disabilities and with different disabilities, such as deafness, visual impairment or paraplegia; or without any disabilities,” the statement of claim reads.

Lawyers for Jake argue his ability to take his place in the community has been severely impacted by his school’s “abandonment” of his education, and that he “does not have the academic skills or communication to obtain employment" or undertake tertiary education. 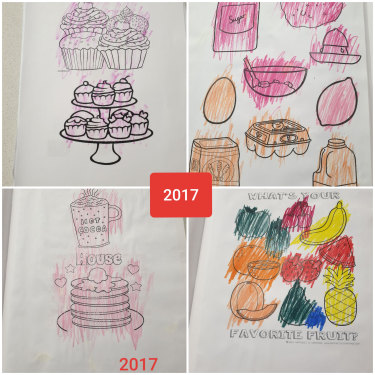 He became frustrated at school and developed behaviours of concern, including physical assaults on staff, crying, yelling, refusing to move and engage in learning, running towards people aggressively and trying to grab people, the claim states.

The case is listed for a three-week Federal Court hearing before Justice Bernard Murphy, starting next October.

Jake's mother is seeking a declaration that the department has committed unlawful discrimination against him, damages from the state and the immediate provision of educational support.

She has also launched a GoFundMe campaign to help cover her legal fees.

The Department of Education and Training said it was unable to comment about any of the allegations, because the matter is before the court.

But a spokesperson said inclusive education was crucial for an equitable and excellent school system.

“This is why we’re investing more than $1.1 billion in 2019-20 in support for students with disabilities."

Separately, recent emails between Jake’s advocate Julie Phillips and the principal of Southern Autistic School indicate his mother has repeatedly asked the school to stop all "non-academic" learning and focus on teaching literacy and numeracy skills.

The school argued that the activities teach Jake important social and communication skills and are entirely in line with the Victorian curriculum.

“In relation to the request for non-academic activities to cease … All activities within the school have a basis in developing the learning based on Victorian curriculum outcomes and do not necessarily take the form of desk work,” Mr McPhate wrote.

“Across the school, literacy and numeracy continues to be supported through class work and extended through participation in activities inside and outside of the school.” 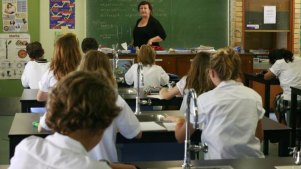 Ms Phillips said while she had supported many parents in their battles to get a quality education for children with disabilities, this was the first time a parent had used the Disability and Discrimination Act to sue the state for a school’s alleged deliberate failure to provide one.

Ms Phillips said educational opportunities for children with disabilities were not improving, despite the release of a string of reputable reports exposing systemic failures.

Last week, Children and Young People with Disability Australia released a survey of 505 students with disability and their families or carers. Forty per cent of respondents said they had been excluded from activities including lessons and excursions in the past year.

Nor is there a one-size-fits-all answer to meet the needs of disabled students, Queensland Teachers Union president Kevin Bates told the commission in Townsville on Tuesday

More teachers and additional resources to support students with a disability were crucial, Mr Bates said.