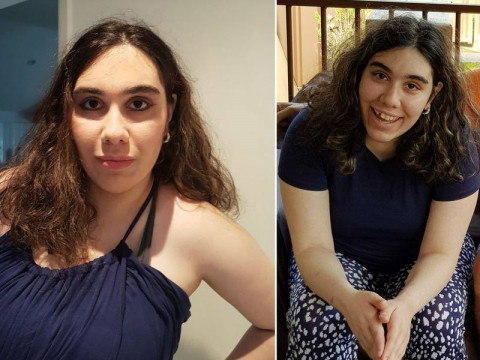 The death of a young woman in the bathroom of a Sydney group home shouldn't be seen as an isolated event and will be one of a number of cases submitted to a royal commission by a leading autism advocacy group.

Merna Aprem was weeks from her 21st birthday when she slipped below the water of her bath at a group home in Sydney's west last week. She couldn't be revived.

Her devastated mother, Tanya Petrus, is demanding to know how her daughter - who had epilepsy and autism - could have been left alone to die.

The Autism Advisory and Support Service had helped Ms Aprem secure funding through the NDIS and advised her family when they selected the group home in Woodbine.

"Merna loved to visit coffee shops and her outings to Sizzler with her mum," she told AAP on Friday.

"Merna enjoyed expressing herself through her art and her story writing."

Ms Fava said the young woman's death was "not an isolated event".

"We only need to cast our minds back a few months to the young boy who absconded from his carer and was tragically hit by a train," she said.

The chief executive couldn't comment on the specifics of Ms Aprem's case because it's still the subject of a police investigation.

But she said AASS would be making submissions to the upcoming royal commission into the abuse and neglect of disabled Australians and Ms Aprem's case will be included.

"I hope the royal commission will ensure positive changes are made where it comes to the care of our vulnerable," Ms Fava said.

She argues there should be mandatory emergency medical training and relevant qualifications so staff can respond to incidents like Ms Aprem's more effectively.

She also wants carers to be paid commensurate with their qualifications.

Cultural changes are an important part of responding to the challenges faced by Australians with a disability, Ms Fava said.

"Education and awareness on autism and other disabilities is the only way we will accept each other as human beings first and then embrace our differences."

The company that runs the group home, Afford, told AAP they will continue to support Ms Petrus following her daughter's death.

They have hired an external investigator to determine what happened.