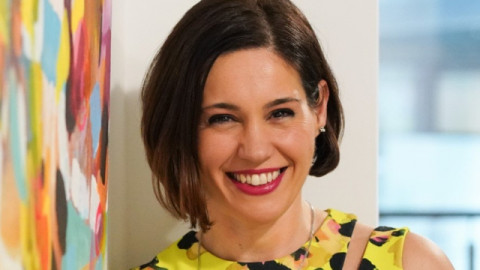 Pathological demand avoidance (PDA) – characterised by avoiding everyday demands and expectations to an extreme extent – is increasingly, but not universally, accepted as a profile that is seen in some autistic people.

When Francesca Manca’s son Simon was diagnosed with autism, she felt some relief that this would mean she would get the right support for him.

But daily life was a battle and then aged six, he was permanently excluded from a mainstream school for having explosive outbursts at teachers and disrupting lessons. He was also figuring out the door security codes from the tones made when teachers used them and kept escaping onto the streets.

At home, there seemed no way to help ease the struggles – trying to get Simon washed and dressed induced daily meltdowns and he would outright refuse to eat meals when asked or encouraged to.

Despite both his parents, with the guidance of his psychologist, and the school applying tried and tested strategies for helping a child on the autistic spectrum – such as creating a routine to help them feel safe – it was clear these weren’t having any effect. “My GP said Simon was fine and I was just a poor mother,” said Francesca.

After being excluded, the youngster spent three months at home in his pyjamas and refused to leave the house. “I’d done extensive reading up about techniques for autism and absolutely nothing worked. His headteacher said to me ‘I’ve never had to exclude a pupil before, I can’t sleep trying to figure out why we’ve not been able to help him’. We just didn’t know what else to try.”

It was the headteacher who showed Francesca some information about pathological demand avoidance (PDA), considered by some a subset of autism. “It was like a lightbulb moment,” said the mother who lives in Liverpool, who is using a pseudonym for her son. “It was like this had been written to describe my son. He has autistic traits such as getting distressed by sensory overload, he couldn’t sit at the table with us to eat for example because he can’t stand the sound of chewing.

“But we knew something else was going on too. He refuses to abide by any demand. He feels very anxious if you ask him to do something, such as to brush his teeth or get dressed. Even asking him what he wants for lunch or how his day at school went feels like a demand because you’re asking him to provide an answer.”

Simon, who not pictured here, would have meltdowns when asked to do something (Stock photo: Annie Spratt on Unsplash)

She and her then husband – they are now separated but work closely to co-parent – took Simon to their GP, but say on the NHS they had a lengthy process to go through to investigate his behaviour and so they went to a private specialist who diagnosed PDA.

According to the National Autistic Society, people with a PDA profile can appear to have better social understanding and communication skills than some other autistic people, and are often able to use this to their advantage. However, these apparent social abilities can often mask difficulty with processing and understanding communication and social situations.

Francesca agrees. “That was why it was so hard when I’d take him to the doctors, he’d be able to hide his difficulties.”

Simon’s parents began frantically investigating new approaches to take. “There’s a technique used in autism called the token economy, where children are given positive reinforcement and given tokens for doing what you ask them to do, and they get to save up these tokens for something they want. But approaches like this didn’t work with Simon.

“So I started saying ‘I’m having broccoli for lunch’, or any other food I know he hates, and leave it at that. Then 30 seconds later he will say ‘I will have spaghetti’. And we avoid any issues.

“Gradually we got him to leave the house by telling him we were going to the park to have some fun, and he came for 10 minutes at first, then for longer periods each time. Now when I collect him from school I say, ‘I had a very good day today’. And a few minutes later Simon says ‘I had a lot of fun’ and will tell me about his day.”

Is PDA a real diagnosis?

Pathological demand avoidance (PDA) was a term first used by Professor Elizabeth Newson in the 1980s, to describe the profile of a group of children she had seen for assessment. PDA first appeared in a journal article – in the British Medical Journal – in 2003.

According to The PDA Society, individuals with the condition share autistic traits – including difficulties with social communication and social interaction – and also have a distinct cluster of additional characteristics.

These include a need for control which is often anxiety related, and being driven to avoid everyday demands and expectations “to an extreme extent” means they “tend not to respond to conventional parenting, teaching or support approach”.

However, the National Autistic Society (NAS) says that while PDA is increasingly being accepted as profile that is seen in some autistic people, its diagnosis and how it fits within the autism spectrum is widely debated. The charity says international and American diagnostic manuals do not currently recognise PDA as a separate diagnosis or a subgroup within the autism spectrum.

NAS says there is no study to determine how frequent it occurs in children yet, but it is thought to be relatively uncommon.

The charity says a PDA profile is usually identified following a diagnostic assessment for autism. This is usually by a multi-disciplinary team made up of a combination of professionals including paediatricians, clinical and educational psychologists, psychiatrists and speech and language therapists.

Finding the right school that could meet Simon’s needs was a challenge. “We spent 18 months battling with the local authority about the issue,” says Francesca. “Schools were saying things like they would physically remove Simon from a taxi if he refuses to come into school, and I knew that would never work out.”

Then his parents found West Kirby Residential School, when he was eight, which caters for boys and girls with a range of complex social, emotional and behavioural difficulties including those on the autistic spectrum. “They’ve been brilliant. We kind of tricked him into going there by his private tutor saying she was going to see a friend who has chickens (the school has chickens). He went for a short period and then that built up with him staying longer each visit.

“Eventually staff encouraged him to go inside the school by throwing a football inside. It took a whole year before he began any school work but we got there in the end. He’s settled now.

“We still have issues, sometimes he figures out I am tricking him. I used to leave bowls of cereal out for him to eat without asking him to eat, but he said ‘Are you leaving these out for me?’ and stopped eating. I now put trays out with food he does and doesn’t like and tell him they are for me and he will eat them.”

But Francesca says the change in the behaviour of her son, now 11, has been dramatic. “Simon is very intelligent. He loves electronics. He comes to me with very detailed business plans for becoming a gaming YouTuber, he has strategies to gain followers and sell merchandise. You now wouldn’t recognise him from the child he was a couple of years ago.”

Vikki Threlfall, trustee of The PDA Society, said: “Identifying a PDA profile can be difficult, and it’s not uncommon for this presentation to be missed, misunderstood or misdiagnosed. Our survey in 2018 highlighted that a PDA profile of autism often leads to individuals and families being misunderstood – with 70 per cent of children not in school or regularly struggling to attend.”

Francesca, who is self-employed offering business mentoring, feels so passionate about helping children facing struggles that during lockdown, she devised a ‘first of its kind’ programme for high school students with special educational needs to help them choose the right career path for them. She now has agreements with seven schools and two autism provision centres across Merseyside to deliver the ‘Shaping Your Future’ workshops.

“I feel there is a lack of services to help these children when they are leaving school, whether it’s knowing whether higher education is for them or having a business idea and being unsure how to approach getting it up and running,” she said.

“I’ve had many adults who have special needs messaging me after reading my blog posts and saying they’ve spent years feeling they were in the wrong job and didn’t get the support they needed.”

Read more: ‘They are making people worse’: The scandal of imprisoning patients with autism

Francesca says that while she doesn’t have a teaching qualification, she has studied online diplomas in autism and PDA. “I’m just a mum with a special needs child but I have first hand experience of knowing the importance of getting to know the individual child and their needs and I have 22 years’ experience working in events and business growth.

“If a person with special needs has a business idea I approach it with them just like I would any of my clients, looking at how feasible it is and how they can get it to market. And I’ll help them identify which are their strengths and weaknesses. It may be that they are good at admin, but communicating during selling is a weakness, so we’d look at ways to solve that, such as bringing in a sales agent.

“I’m a big believer that everyone deserves support to reach their full potential.”