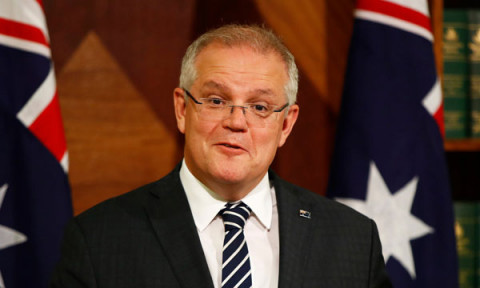 The National Disability Insurance Agency (NDIA) unilaterally imposed its regime of contracted functional assessments1 for NDIS applicants and participants. The NDIA again broke the government’s promise to consult the autism community over all such changes. The NDIA claims their contracted functional assessments are needed to ensure a) equitable access to the NDIS, b) that NDIS participants get (more) “equitable” committed supports (funding) in their NDIS plans, and c) the sustainability of the NDIS.

The assessments will affect more autistic NDIS applicants and participants than any other disability group. The autism community feels that imposing contracted assessments is retribution for having resisted successfully the NDIA’s attempt to remove autism NDIS level 22 from the NDIS List A.

Apparently, the NDIA feels that NDIS committed supports for participants do not correlated with the NDIA’s view of NDIS participants’ individual functional capacity ratings.

The NDIA has a particularly poor record with its functional assessments for autistic children; it was told repeatedly that its use of the PEDI-CAT to assess the functional capacity of autistic participants was flawed as that assessment tools is widely known to be inaccurate for autistic children. We could discern no change in the NDIS’s use of the PEDI-ACT.

The NDIA recently released a Participant Service Charter but has already failed the transparency aspect through keeping secret its review(s) of functional assessment tools. The NDIA CEO wrote to us all saying that “the tools [that the NDIS will use] have been designed to assess the capability of people with disability and used all over the world for many years”, but NDIA documents show they intend to use the PEDI-CAT ASD which clearly has not been “used all over the world for many years”. People cannot trust the NDIA to be truthful.

The spectrum nature of ASD (spectrum is in the name) is well known to make measurement of an autistic person’s functional capacity quite challenging. We are not aware that anyone believes this goal has been satisfactorily achieved by any standardised tool. It is unlikely that a tool that asks all the right questions is practical; there are simply too many questions that would need to be asked. Sadly, NDIA officials seem unable to recognise or appreciate this difficulty.

The other issue is that an NDIS Individual Plans for a participant relates to the individual’s goals and circumstances, possibly more than to the participant’s functional capacity.

The NDIA needs to:

Consider several very similar young autistic people (YAP). They each have an NDIA Level 2 severity rating3, possibly at the more severe end of the scale. Hopefully, they would expect similar or the same NDIA contracted assessment outcomes/ratings.

These YAP are eligible for the NDIS and each got initial funding in their NDIS plans for a place in a disability day program. Their parent or parents work. But in each case things soon fell apart: the YAP’s behaviour deteriorated with escalating distressed behaviour that is often called “challenging behaviour” or “behaviours of concern”, so their day programs said they would cease services for the YAP.

YAP #1. Without anyone to care for her (young adult) child, the mother stopped work so she could provide care. Without a day program, her child is in her care 24/7. The Support Coordinator (they had some funding for this support – many do not) exhausted Support Coordination funding without finding a new service. The LAC was unable to find an alternative placement in a day program. Activities, like pre-NDIS disability exercise or dance groups that were block funded, have all disappeared (and they are not funded in the YAP’s NDIS plan anyway). YAP #1 and her mother get some respite from a father/partner (there was one still around in this instance). Much of YAP #1’s NDIS plan goes unused because there are no services that YAP #1 can access.

YAP #2 has a more assertive parent. The parent advocates strongly for her child and finds a service that will support YAP #2 in their home with the funding available in the NDIS plan. But the service needs to provide a 2:1 staff ratio for the “challenging behaviour”, so support hours are halved. The parent reduces her work hours by at least half so she can care for her child within the limits of the NDIS committed support. Yap #2 and her mother are very stressed, and the mother’s job is at considerable risk.

YAP #3 has a similar situation to YAP #2, but there are two parents. They ask the AAT to review their NDIS Plan. The NDIS agrees (very reluctantly) to fund 35 hours of 2:1 support per week while the parent(s) are at work. The parents negotiate staggered hours with their respective employers so that they can travel to and from work. Hopefully, the NDIS will not complain that the support hours are not purely covering work time (are being used to cover travel time) since the NDIS’s plan expects that parents will teleport to and from work when support workers arrive and leave, respectively.

YAP #4 has even more assertive parents. They ask the AAT to review an NDIS plan like that provided for YAP #2 or #3. They argue that they do not have a teleport machine so the NDIS Plan should provide for their travel time and lunch breaks. Because the matter is in the view of the AAT, the NDIA agrees to provide some more hours of support. However, the NDIS refuses to fund any travel for YAP #4 (who cannot travel on public transport); the AAT is still dealing with that issue. AAT matters are extremely difficult for autistic people because funded disability advocates have extremely poor understanding of autism; disability advocates rarely understand the issues relating to ASD and tend to accept and support the NDIA’s arguments (contrary to the interests of their autistic clients), they often see their autism-related clients as “unreasonable” because government funded disability advocates see getting their clients to cave in is the quickest and easiest way to close cases and meet their performance goals.

YAP #5 has parents who realise that they can support YAP #5 behaviourally on their own, without backup, while they are providing care. They wonder why they can manage one on one, but service providers cannot. After careful investigation, YAP #5’s family decide that they need serious clinical support to reduce the use of restrictive practices and to develop community participation skills safely. They initiate a NDIS plan review with a request for program development and supervision from an (internationally) registered behavioural clinician, a Board Certified Behaviour Analyst. Their aim is for YAP #5 and the service provider to develop skills that substantially reduce support needs in the long run. Their LAC or planner tells them “the NDIS does not fund ABA” – clearly NDIA officials regard the escalating use of restrictive practises to be the NDIA’s preferred approach to distressed behaviour. Eight months on, the NDIA has not yet reviewed YAP#5’s NDIS plan as requested.

YAP #6’s family decide it’s all too hard. They asked the NDIS for a NDIS Plan that provides 24/7 accommodation and the service providers still insist on a 2:1 staff ratio to keep both YAP #6 and their staff safe.

Apparently, the NDIA is very concerned that, while their “functioning” is the same, these six YAPs receive very different amounts of “committed supports” in their NDIS plans. The differences in funding are unrelated to participants’ functioning: these examples show the NDIA’s expectation that funding is related to functional assessment outcomes simply is not the case. NDIA officials have insufficient understanding of disability.

Funding comparisons usually omit the cost of the legal processes associated with NDIS plan development via the AAT.

The NDIA should consider whether a functional assessment, if its purpose is to guide funding decisions for the NDIA, would need to include the following questions.

How long (in years) will your parents keep looking after you at home after you leave school?
Would you question advice you get from an LAC? Would you seek information and advice about the NDIS from external sources, or would you believe whatever NDIA representatives tell you?
Are you aware of the National Disability Advocacy Program and would you use it to try to improve your NDIS Planning outcomes?
Do you know what the AAT is? Would you go there to have your support needs met?

Answers to these questions are likely to be very relevant in decisions about funding plans for NDIS participants.

A recent report estimates that “it would cost $78 billion” each year to replace unpaid carers. This does not appear anywhere in the national budget papers; government does not recognise and respect their contribution.

Senior officials in the NDIA and its parent agency, the Department of Social Security, expect that most people with disability, their families, carers and associates are rorters seeking excessive handouts.

The NDIA introduced its contracted functional assessments without the consultation that the government promised. The NDIA was and remains secretive about its “assessment pilot” and reviews of the assessment tools it is using. The NDIA cannot be trusted and information it provides is often incorrect and misleading. NDIA officials denigrate and disrespect people with disabilities, their families and associates. They are unable to design effective policy and programs. The conduct of officials lowers the bar for the Australian Public Service.

The operation of the NDIA is unsatisfactory and needs to be addressed.

1. The NDIA calls them “independent assessments” but they are not independent. The NDIA’s continued use of the term “independent” disregards and disrespects the whole disability sector.

2. We call it “NDIS level 2” because the NDIA insists on a single severity rating when a DSM-5 ASD diagnosis clearly requires two ratings, as does the diagnosis report template for the Australian ASD diagnosis guidelines.