Federal and state Ministers are playing politics to delay reasonable and necessary early intervention services for children with disability.

The NDIA was advised from the outset that their estimates of the number of people with autism spectrum disorders (ASD) was seriously wrong (see /node/425 and the footnote on /node/695).

In South Australia, where the intake is young children, 40% NDIS participants have "autism" as their primary disability (see report here).

This appeared in the Adelaide Advertiser: 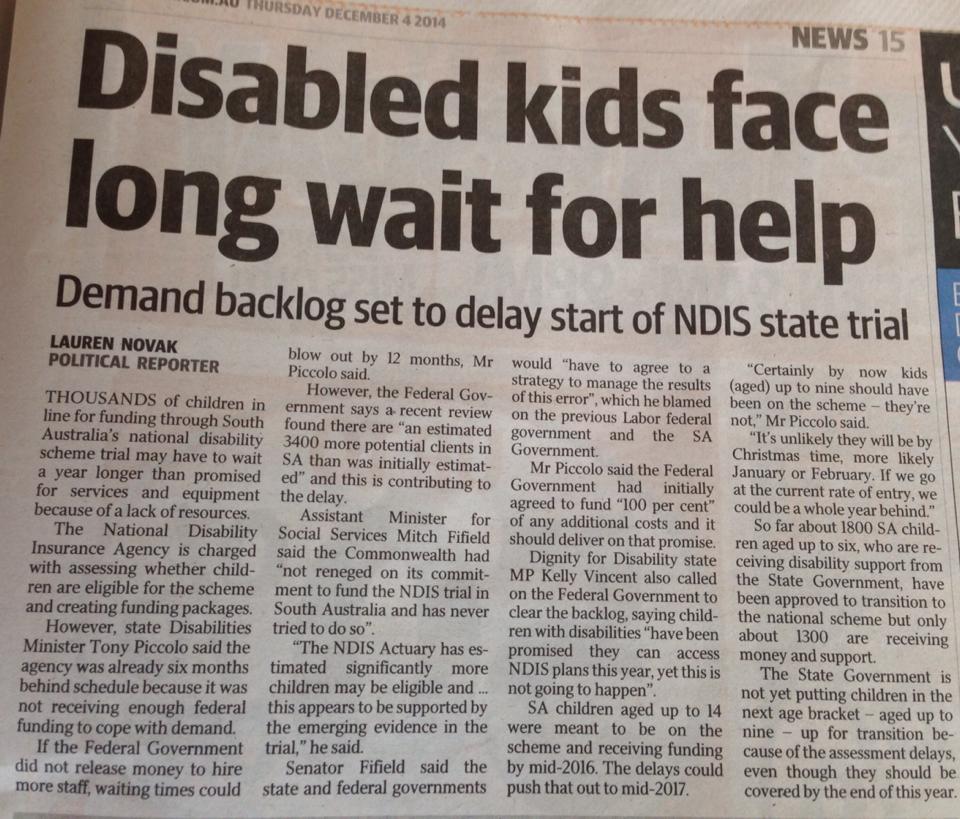 The claim that "a recent review found there are 'an estimated 3400 more potential clients in SA than was initially estimated'" ... really begs the question "initially estimated" by whom and on what basis? Also, what would such a review get any more credence than the "initially estimated" effort? After all, didn't the NDIA's actuary provide the previous estimates (links above) that turned out to be massive under-estimates?

Can Senator Fifield blame the previous Labor Government if the NDIA hid the fact that their estimates were highly questionable from their Minister? Did he ask the NDIA questions that would reveal this when he became Minister?

Ministers Fifield and Piccolo are playing politics to delay delivery of reasonable and necessary early intervention for child with disability. This is unacceptable. These politicians need to just get on with their jobs.